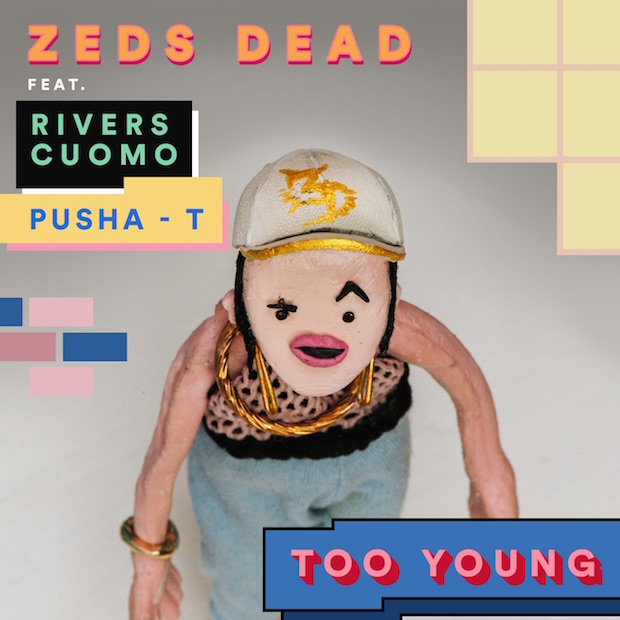 Last week, we got the details for Zeds Dead’s upcoming album Northern Lights. Included in the tracklist are a few previously-released singles, including “Blame”, their collaboration with Diplo and Elliphant and the absolute banger collab with NGHTMRE, “Frontlines”. Both very good and relatively standard pairings, however, when we saw that the duo was putting together a collaboration with Pusha T and Weezer’s Rivers Cuomo, we were intrigued (to say the least). Today, we have that final product titled, “Too Young” and let’s just say….we’re still intrigued.

Candidly, if you didn’t already know, you might not even realize this is a Zeds Dead song. The duo definitely takes more of a production role on this one allowing the focus of the track to be on Pusha T’s and Rivers’ vocals. Even so, I sat in anticipation for a classic gnarly drop the guys are known for, but it never came. Check out this latest track below and tell us your thoughts! Should we expect to hear more like this? Or maybe this is Zeds Dead just experimenting with some new sounds in their latest, “Too Young”.