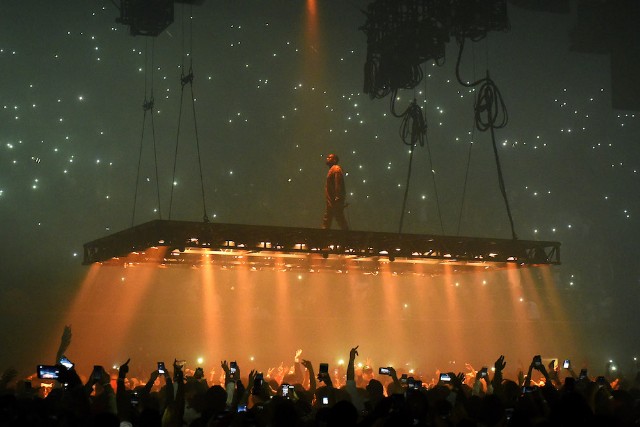 NBC News is reporting that Kanye West has been hospitalized “for his own health and safety”. Sources say he was taken away in handcuffs and will be undergoing a psychiatric evaluation.

Kanye fans, we have bad news. After cutting his Sacramento show this past Saturday short after showing up 90 minutes late and only performing three songs, Kanye West has cancelled the 21 remaining dates on his San Pablo tour. Gerrick Kennedy of the Los Angeles Times confirmed the news via Twitter:

Just got word from a source that @kanyewest informed his crew that remaining dates of U.S. #SaintPabloTour are nixed.

This decision to nix the rest of the tour comes after two controversial performances. At his show in San Jose, CA, West revealed in a lengthy speech that if he had voted, he would have voted for Donald Trump. Given the tension that this most recent election caused, his opinion was greeted with a sea of boos and upset fans. At his stop in Sacramento, he continued to create more controversy by ranting about Beyonce and criticizing criticize Jay Z, Hillary Clinton and Mark Zuckerberg.

In recent years, Kanye West has become quite the controversial figure, causing a great divide of opinions concerning his music, persona, and influence, and this most recent episode only adds to this. With the cancellation of these shows, we’re on the lookout for a possible statement from him in the near future.

Until then, people who purchased tickets to one of the following cancelled shows will be fully refunded: