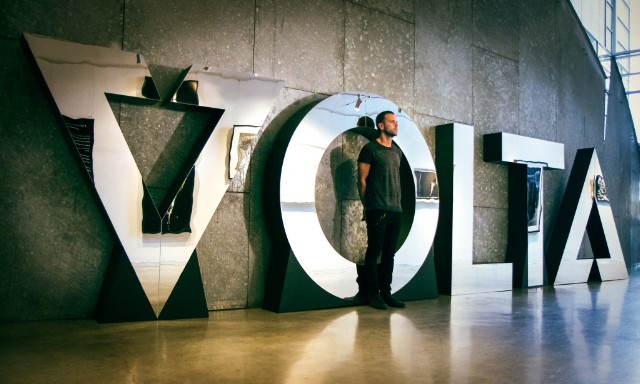 Lead man and architect of M83, also known as Anthony Gonzalez, has just announced that he will be the musical director and composer of a new Cirque du Soleil show called VOLTA.

We’re pleased to announce @M83 as the Composer and Musical Director for our newest touring show #VOLTA! https://t.co/EJMr7uEXkA pic.twitter.com/bOEzN4DVtf

As if M83’s live experience wasn’t already amazing, this is taking their astonishing performances to another level. Gonzalez will be composing the 41st original production from Cirque du Soleil, which is expected to debut next spring in Montreal, Canada. According to a press release, the collaboration is a “spellbinding story about the freedom to choose and the thrill of blazing your own trail.”

“The story of VOLTA is ours. It is a tale of a generation who is calling for change and I was very keen to contribute to telling this story. I’m deeply honored to be part of the Cirque team and it’s a wonderful new challenge in unknown territory for me,” says Gonzalez.

To get a little taste of what the show is all about, here is the synopsis of VOLTA:

“WAZ, a popular gameshow host, has lost touch with his inner self in the pursuit of fame, pulling others in the trap of instant glory. But as doubt sets in, WAZ is enlightened by childhood memories as he encounters “free spirits” who open doors to his inner soul he has long kept shut. On his high-voltage search for meaning, will WAZ find the courage to relinquish his fame, reconnect with his true self, and shine bright?”

M83 seems like an unexpected candidate to placed alongside the large industry names the company has produced before – The Beatles, Michael Jackson, and Elvis Presley. However, if you’ve ever been to an M83 show, you’ve bared witness to their appeasing visuals, synchronized with their versatile synth-pop, rock sound. M83’s discography and track record of consistently mind-blowing live shows is a perfect fit for Cirque du Soleil’s aesthetic.