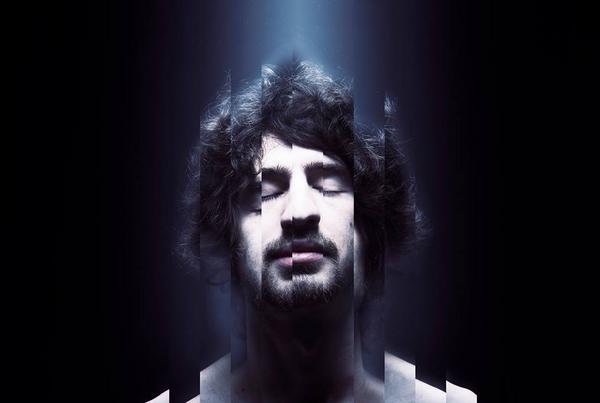 Dubbed as his ‘Self Disassemble Tour’, the Mad Zoo label boss Mat Zo took to social media yesterday to announce his plans for a very eventful, and undoubtedly unforgettable, tour this coming year. Following his stylistic exploratory period over the past few years, Matan is now looking to “break out the individual genres” that he loves so much, and “play sets specifically to honor several of those in a purest fashion.”

“Last year I released a full-length album called Self Assemble. It was a cinematic assemblage of of all the varied influences I’ve had since childhood. Likewise, my DJ sets from 2016 drew from many different styles of music. Well, this year I’ve decided to play a series of shows I’m dubbing the ‘Self Disassemble Tour.’ It’s the opposite.”

The Self Disassemble Tour will be revolutionary in the sense that Mat Zo will be playing specific ‘genre focused’ sets at each of the stops along his schedule. They will be advertised accordingly of course, and fans will be able to pick and choose just which “Mat Zo” they want to see again. Perhaps we’ll start seeing producers follow in Zo’s footsteps, and catering not only to specific venues and crowds, but fans of a specific ‘era’ or ‘sound’ as well.

“Over the course of 2017 you’ll have the chance to witness DnB, house, and classic Anjuna progressive/trance sets from me in various cities throughout the year, and they’ll be advertised accordingly.”

No dates or cities have been released yet, but “classic, Anjuna-era sets will be announced very soon!” Check out the official announcement below. 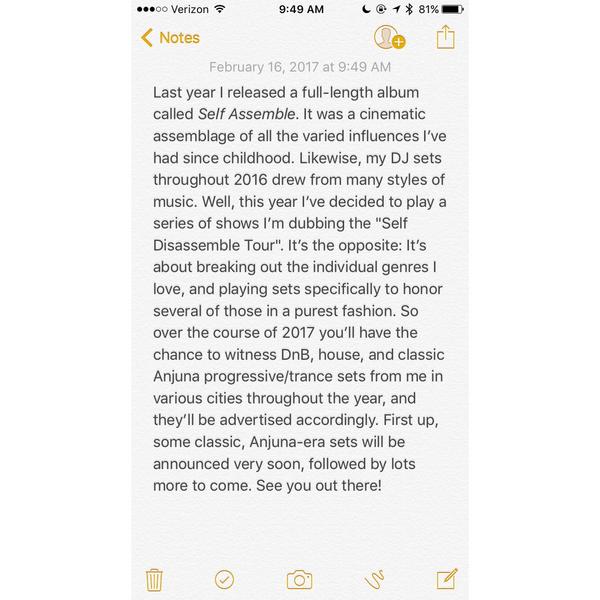