deadmau5 is back at it again with his Twitter feuds! This time, it’s with Glenn Morrison, a fellow Canadian DJ and producer that deadmau5 has ghost produced for. Morrison is known for such tracks as “Contact” and “Hydrology“, all of which were produced by deadmau5. In addition to the two mentioned tracks, deadmau5 also gave Morrison a track titled “Circles” for a total of 3 ghost produced tracks.

This is definitely an epic Twitter feud – check out the tweets below with mau5 expressing to Morrison to shut the fuck up, repeatedly.

Even fellow heavyweight producer Madeon chimed in with his opinion on the situation and ghost producing in general: 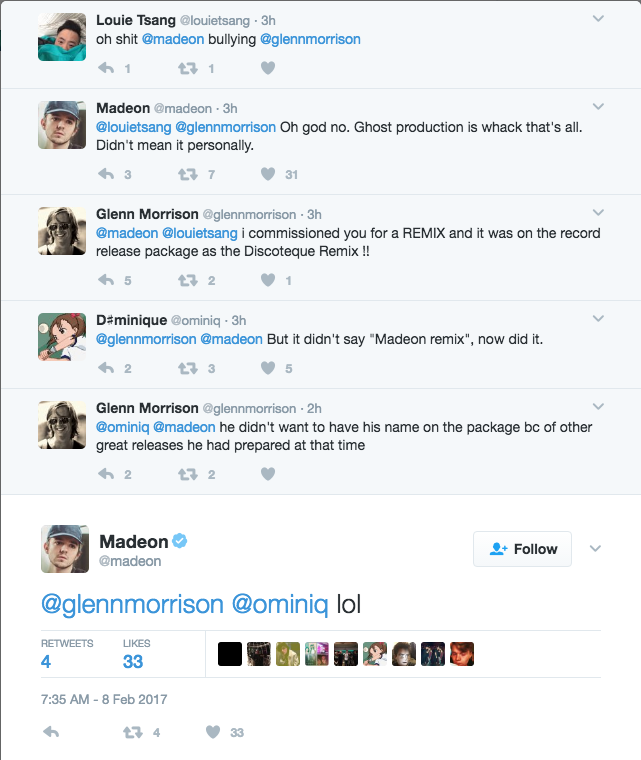 Looks like Morrison should just be happy about the attention he’s getting now, after all, his biggest dance hits were produced by the mau5. Let this be a lesson for all the ghost producers out there!

Listen to a track that Morrison and deadmau5 made together below.