Alexander Ridha, more commonly known as Boys Noize, went above and beyond his infamous techno roots in his newest album Mayday that was released almost exactly a year ago today. Mayday, with it’s dark undertones and unapologetically aggressive nature was also able to effortlessly blend in an energizing electric sound that feels like going back in time. Making appearances are innovative artists and producers alike including Benga, Remy Banks, Channy Leaneagh of POLIÇA, Hudson Mohawk and Spank Rock which only added more depth to this experimental, groundbreaking album.

“Mayday is my warning signal against blind categorization and conformist synchronization, A call for individuality and diversity – and a tribute to outsiders.” – Alexander Ridha

Two weeks ago, Ridha released the first of two Mayday remix albums. Part one was able to tap into a deeper, more subdued side of the 2016 original. Part two however, which was released on March 17th, is much more energetic than its counterpart proving that nothing is truly off limits for him.

Ridha is known for dipping his toes in different genres and pushing the boundaries of categorization within electronic music. Starting from the underground to being named one of the “Top 10 DJ’s Who Rule The World” by Rolling Stone, he has teared down the house of some of the world’s most famous stages all while staying true to himself and his sound and we can’t wait to see what he does next. 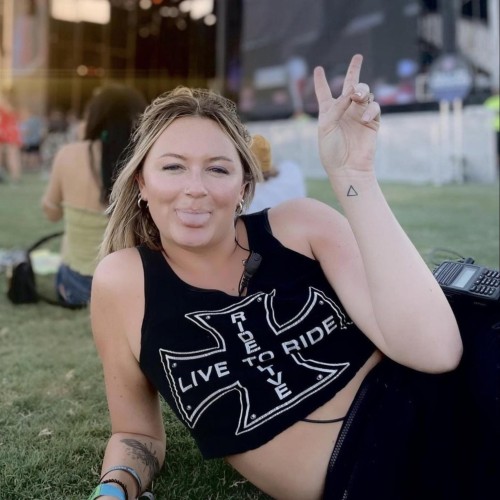 Jackie Peppler
“How is it that music can, without words, evoke our laughter, our fears, our highest aspirations?”
RELATED ARTICLES
Music