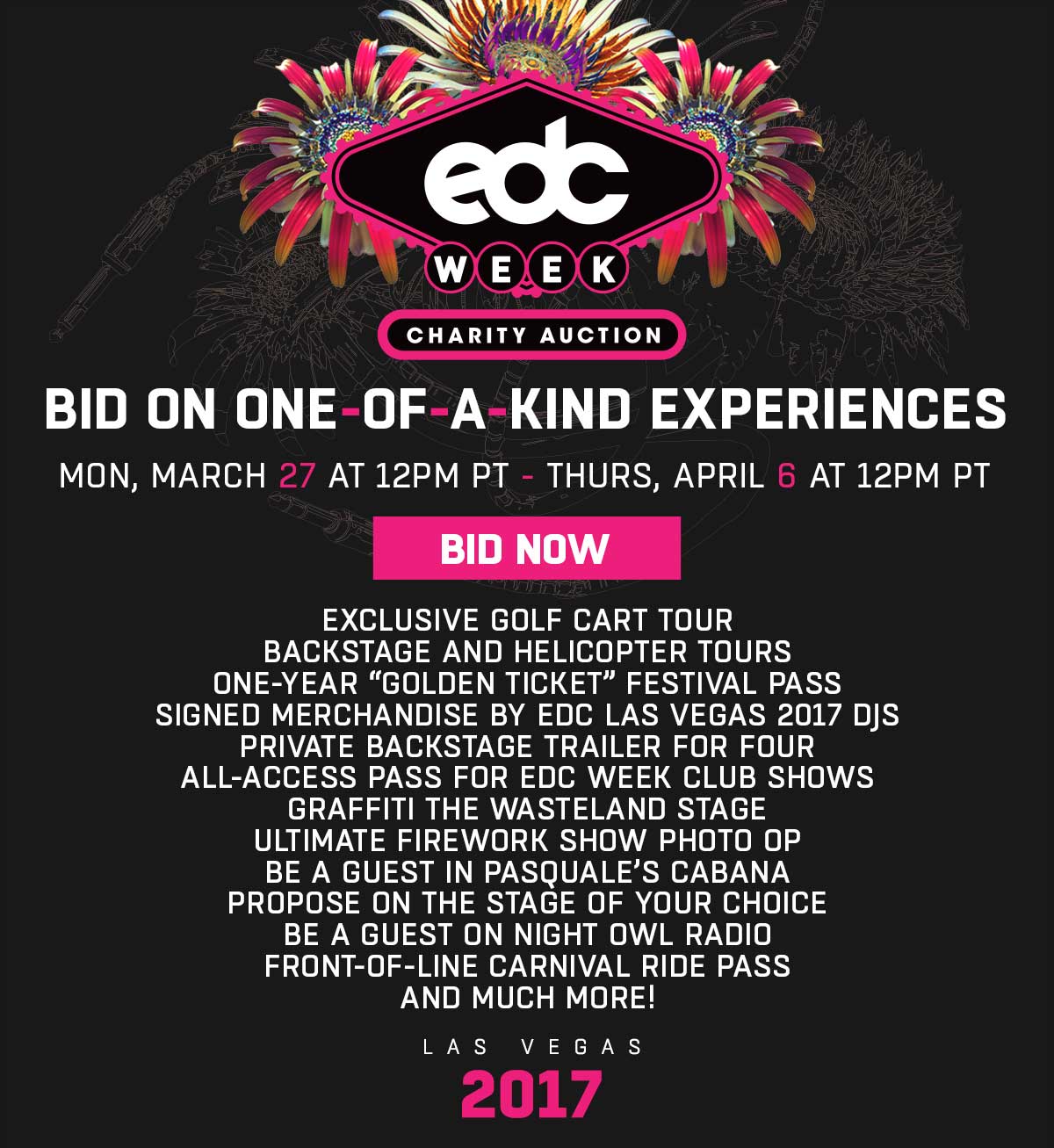 The 2017 EDC Week Charity Auction is back for its third consecutive year, and Insomniac has pulled all the stops to create an immersive and honorable experience. Insomniac is working alongside eBay for Charity to raise funding for the children of The Boys and Girls Club of Southern Nevada. The bidding has opened for an array of extraordinary once-in-a-lifetime experiences surrounding Electric Daisy Carnival Las Vegas.

The first tier of the auction has opened and with it here are a few of the insane experiences you can bid on:

This is just what it sounds like. The ability to propose to the love of your life onstage with a casual background of a couple thousand spectators. Did we mention it takes place at the artist set of your choosing? As long as the artist agrees, you’re in the clear. So far there are 15 bids, with the current one at $1,510. Whats this month’s rent anyway?

You and a rave bae of your choice will sit comfortably in Pasquale’s lavish SkyDeck overlooking the kineticFIELD. The package includes two EDC 2017 GA passes and two guest tickets to the best view of the electric sky. If you’re lucky the Night Owl himself might even stop by!

Talk about fireworks! All of your suppressed pyro tendencies will come out with this pass. You and one guest will hang out backstage with the special effects technicians and learn how they bring the light and stunning visuals to EDC every year. And yes, you get to pull the trigger.

For the very same reasons we find ourselves attending EDC and similar events, we align ourselves with the principles of The Boys and Girls Club program. The purpose being to foster a space of inclusivity and come together under the shared love of creative expression and community. Our love and appreciation of music is no different than the many children who hang out at the after school club. I know going to EDC is a financial drain in and of itself, but if you have the ability to contribute to this charity, I urge you to. You can visit the eBay EDC Charity site to view the packages or to place a bid.