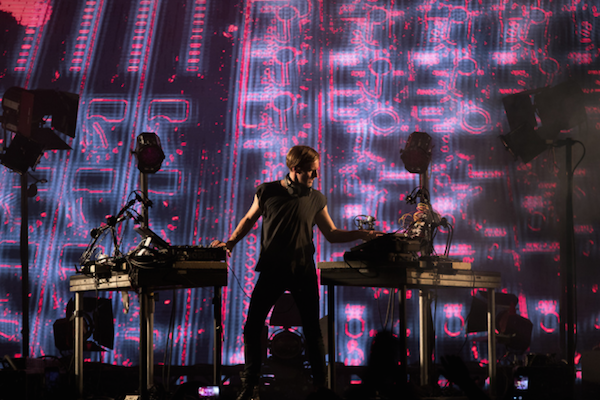 This past weekend on the first night of Coachella Weekend 1, a lucky crowd of fans in the Mojave Tent got to witness something unbelievably rare and extraordinary. Veteran techno master Richie Hawtin premiered his new audio/visual project ‘CLOSE’ in a heavily anticipated live performance.

The expert DJ, known for his ability to bring the most visceral sets to the table at any given performance has been setting the standard amongst his peers since the early 90s. Yet, still, what unfolded on Friday night far exceeded anyone’s expectations. For over an hour, Hawtin took his fans on an ethereal journey that felt more like taking a trip to a superior, intergalactic universe than being at a massive commercialized festival. The idea behind his live show is to break down the barrier between artist and audience, and bring the crowd closer to his unique and innovative way of performing. His long awaited project, RICHIE HAWTIN CLOSE – Spontaneity & Synchronicity “explores the relationship between human creativity and innovative technologies that enable the freedom of improvisation.” He masters this by strategically placing cameras from various different angles surrounding his DJ equipment that are then projected in his visuals. The result is a more interactive experience that provides a 360 virtual view of him playing, which connects the audience to the artist in a way that has been unparalleled to date. 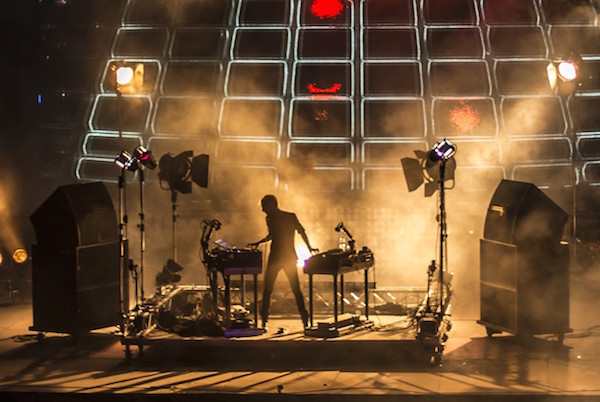 For the lucky few that got to see him debut the never before seen live performance, they understand just how extraordinary and rare the experience was. So rare in fact that Richie Hawtin will only bring his CLOSE tour to one more location in the U.S. – Detroit’s famed Movement Festival.

Hawtin tweeted that he will be working on making further improvements and perfecting CLOSE for its second go-around during Weekend two of Coachella. I can’t imagine anything being more perfect than what he brought to the table weekend one, but then again, in Hawtin we trust.