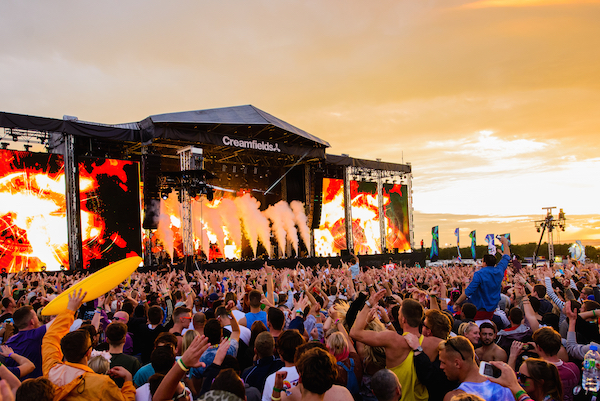 Creamfields Festival held annually in Cheshire, England over Bank Holiday weekend is a festival like no other, and judging by their recent announcement, they plan to keep it that way. Creamfields has just revealed a brand new stage for the festival’s 20th anniversary edition this August – a 10,000 person megastructure built specifically for use at the festival. The stage is fittingly called ‘The Warehouse,’ and will host the best in underground dance music that Creamfields has to offer.

Not much more is known about the stage past what the video below shows, but man does it seem like something else. With a lineup that boasts acts such as deadmau5 & Eric Prydz, Hannah Wants, Hot Since 82, Jackmaster, Richie Hawtin and Seth Troxler, attendees will certainly have a lot to choose from when it comes to possible acts that will play ‘The Warehouse.’ Creamfields will be held August 24-27 in London. You can head to the link above for tickets, and make sure to check out the video below to see what’s in store for the 20th Anniversary.