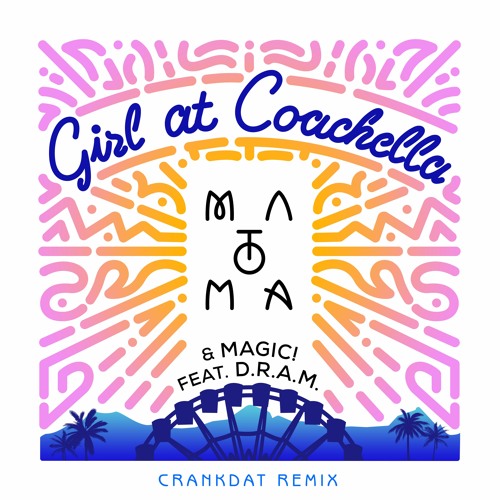 Up and coming producer Christian Smith, better known as Crankdat, has quickly made a name for himself with his fire remixes. Only two weeks ago he released his remix of Gryffin & Illenium‘s ‘Feel Good’. And now he is back again with another great remix. This time of Matoma & MAGIC!‘s ‘Girl At Coachella‘.

The original track is very much a summery track meant to vibe to. Crankdat takes that and turns it on its head. He kicks up the bpm and turns this vibe track into a dance hit meant for the festival stage. Keep an eye out for Crankdat because he has original music on the way. And at the rate he is growing, he is sure to be playing a festival mainstage near you.