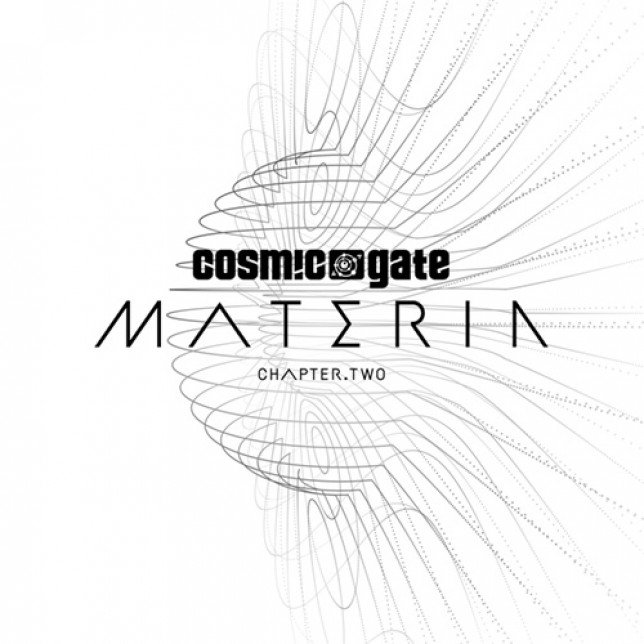 At the beginning of the year, Cosmic Gate released their Materia – Chapter.One album, which was received positively by the dance music world. Coming this September, the trance duo is ready to continue the story with the highly anticipated Materia – Chapter.Two‘.

Nic & Bossi, a.k.a. Cosmic Gate, have been hard at work in the studio the past couple years setting both chapters of Materia into motion. Chapter.One saw the duo collaborate with artists such as Ferry Corsten, ilan Bluestone, Alastor, and saw vocal contributions from the likes of JES, Eric Lumiere, Julie Thompson, and Tim White. Taking a look at the track-listing for Chapter.Two, we aree definitely in store for some equally amazing collaborations.

The first single from the album, ‘Tonight‘, has already made a lot of buzz, as it was premiered in Armin van Burren‘s A State of Trance Episode 821. ‘Tonight’ sees the one and only Emma Hewitt on vocals, following up iconic tracks she’s had with Cosmic Gate such as ‘Be Your Sound’ and ‘Coming Home’. Eric Lumiere returns as well, following up smash hits like ‘Falling Back’ & ‘Edge of Life’. We can also expect new collaborations with Chapter.One stars JES, who will be the vocalist for the title track, and Alastor, which could be another amazing progressive tune to follow up ‘Fight the Feeling’.

As if that wasn’t enough, ‘Materia – Chapter.Two’ will feature collaborations from trance veterans Marcus Schulz, Arnej, and Super8 & Tab. All of these names on the same album listing is a sure-fire sign that Chapter.Two will be a huge success to continue the stellar discography that Cosmic Gate has made over the years.

‘Materia – Chapter.Two’ is available September 1st of this year, and pre-orders can be made via this link. For the die-hard Cosmic Gate fans, you can grab a limited edition physical album with all sorts of goodies at this link.