Deadmau5 has been keeping busy, having just played in Halifax, Canada on July 1st for Canada Day and with upcoming dates all over Europe. In spite of his busy agenda he managed to tease everyone once again about his future performances.

He has just announced that his ‘Lots of shows in a row’ tour will have a part 2 and he’s already creating a lot of expectations among his fans. His hometown and some other cities in Canada and Colorado will soon receive him once again to hear more of his W:/2016ALBUM/ album, which was released last year.

For his Lots of shows in a row tour, Deadmau5 has introduced a new stage known as Cube 2.1, with astonishing three dimensional visual effects that are perfectly synced with the music. Joel Zimmerman has also tweeted about developing a new and more sophisticated ‘Unhooked’ version of the cube, so we’ll have to wait and see what the upcoming shows will bring.

Although there are no specific dates or confirmed venues yet, the tour’s website states that the shows will take place in Alma, Calgary, Colorado, Edmonton, Montreal, Toronto, Vancouver, Windsor and Winnipeg. One thing is certain: tickets will go like hot cakes, no matter where he plays.

Further information will be announced soon, so stay tuned and don’t miss it out! 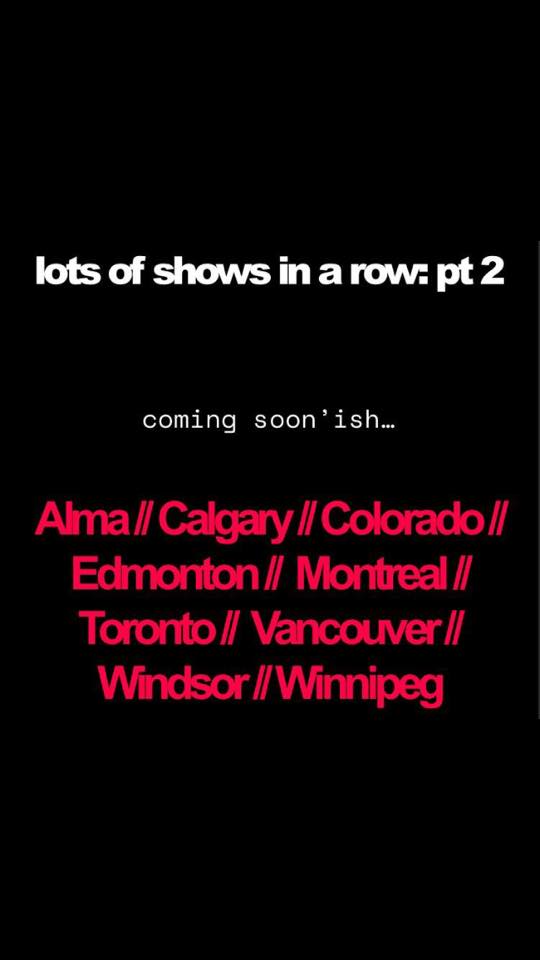