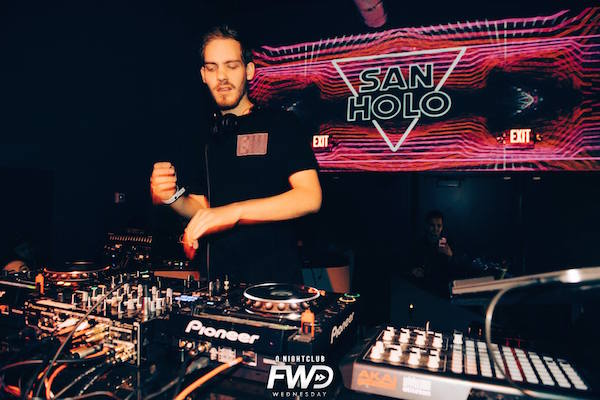 San Holo, real name Sander van Dijck, began gaining momentum a few years ago when he released his Cosmos EP and subsequent remix to Dr. Dre’s “The Next Episode.” Since then, several of his tracks have seen support by heavyweight labels such as OWSLA and Monstercat. In 2016, he decided to branch out and create his own label, bitbird.

The tour will feature supporting acts by label-mates and fellow Dutchmen, Droeloe, as well as Australian producer Just A Gent. Droeloe is having a breakout year thanks to the continued support of San Holo, with whom they released the gorgeous track “Lines of the Broken” two months ago on bitbird. They also recently did a fantastic mix for Diplo and Friends on BBC Radio 1, which you can listen to on Soundcloud here. Just a Gent released his 8-track EP called Stories to Tell last summer.

Don’t see a date in your city? Don’t worry, there are still more dates to be announced.