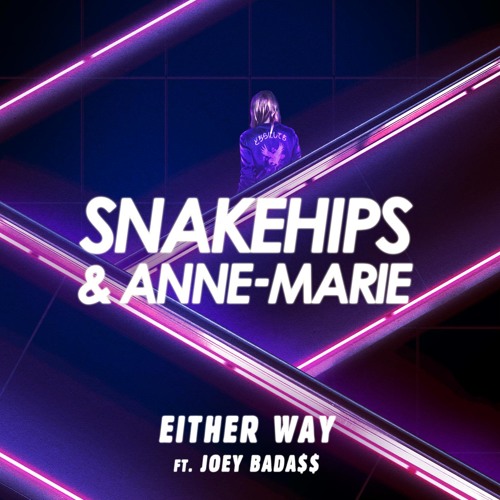 Future Bass duo Snakehips has released an addictive new track entitled ‘Either Way’. For the song, Snakehips recruits the vocals of Anne-Marie and Brooklyn Rapper Joey Bada$$ to bring you a chill smooth track. The collaborative efforts of the three artists result in an electro pop song with a touch of hip-hop. Anne Marie, who was also the featured vocalist on Clean Bandit’s ‘Rockabye’, lays her crystalline vocals against a hip hop beat and the contrast of the two works perfectly.

Snakehips has paired up with a number of talented artists in the past two years. Their collaborations with MØ, Tinashe, Chance the Rapper, and Anderson. Paak have helped the British duo gain popularity and show their musical versatility. Stream the new track below for some easy listening and be sure to check out the stellar video on youtube.