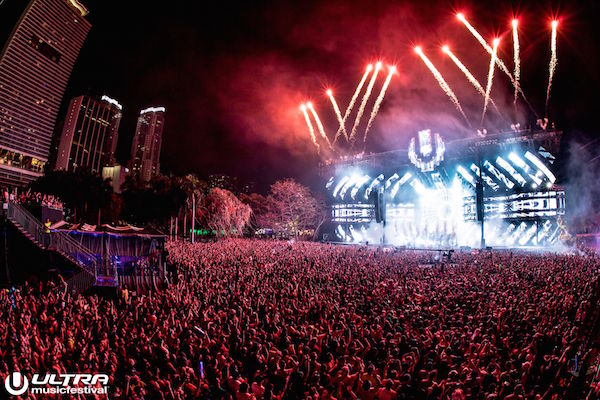 Last month UltraWorldwide touched down in Singapore, providing the island with some of the most cutting edge aspects of the 2017 Ultra Asia tour. Now, UltraWorldwide has revealed three massive Road to ULTRA lineups in India, Taiwan and Hong Kong.

As UltraWorldwide gears up to make their first stop in India, they continue to spark excitement by announcing two of the hottest events to hit Mumbai and New Delhi. Grab your dancing shoes because it’s sure to be ULTRA-mately the best party around on September 7th & 8th, 2017!

During both shows, the participants can be guaranteed to see one of the biggest breakthrough artists of the decade, The Chainsmokers, not to mention the absolutely incredible supporting artists: REZZ, Slushii, Getter, Lost Kings and Sam Feldt.

Tickets for both highly anticipated events go on sale starting on July 9th, 2017 via roadtoultra.com/india. You can see the phase one Ultra India lineup below.

Road to ULTRA Taiwan has confirmed that on September 10th, 2017, at the Da Jia Riverside Park, Martin Garrix, Zedd and The Chainsmokers will take the stage for the event.

Fans can also expect to see some of the hottest international acts in the EDM industry such as: Nicky Romero, Lost Kings, Slushii, Sam Feldt and Nick Martin. In the coming months you can count on more information about local support for the show that is guaranteed to get you hyped!

Road to ULTRA Taiwan is on the verge of conquering it’s own attendance records once again this year, and since it’s the biggest one-day electronic dance music event in Taiwan’s history, you expect it to be once again be of the biggest events of the year!

Early bird tickets have already sold out, however, fans can secure their tier 1 tickets if they act fast by buying them exclusively on the Road to ULTRA Taiwan website.

Lastly, the magic continues on September 16th, 2017, as the Road to ULTRA Hong Kong will be held at the new Nursery Park in the West Kowloon Cultural District. They will be showcasing fantastic headlining acts such as Kygo, Hardwell and Zedd who are sure to dominate the stages for the second addition.

The audience can also expect to be blown away by REZZ, Slushii and Getter, not to mention other great supporting producers in the electronic dance music scene.

Early bird tickets are flying, so be sure to grab your advanced tickets here immediately. The Road to ULTRA Hong Kong has created a new layout and even bigger stage at the same venue…you won’t want to miss the experience!

UltraWorldwide brings crowds as large as 135,000 people through their gates in Asia. This year, they are expecting their numbers to sky rocket and want to create an experience that the audience will treasure forever. If you want to be part of this impeccable journey, keep it locked to the umfworldwide.com official website for more important lineup information and dates. There will be a total of EIGHT separate events within ten different days, check out the full schedule below and secure your tickets ASAP!