The moment I walked into the Glen Helen Amphitheater the sheer magnitude of the ground blew me away. Glorious green grass rolled over the grounds for miles, a colorful Ferris wheel warmly welcomed guests at the entrance and vibrant multi-colored tents shielded guests from the blazing rays. I ran up the hill curious and child-like and positioned myself underneath the shelter of the Purple Stage watching my fellow ravers run through the sprinklers. This was not the HARD Summer that I had once known. It was a spectacular playground that interestingly resembled Coachella more than the HARD Summer of the past. I playfully dubbed it “HARDChella.”

As soon as I was inside the festival grounds I recognized the vast improvement in the scale of production, logistics, and environment. I was privileged to attend HARD Summer with my press credentials, which brought with it a plethora of perks and accessibility to many corners of the festivals others wouldn’t get to see. I entered through the VIP entrance with little to no hassle. Other notable perks of the VIP experience were the private viewing areas—one of which accompanies the oasis pool. I filled up my CamelBak at the water-refill stations and was done in under a minute—a far cry from last year’s time-stamp. HSMF ’16 attendees are well aware of the shit-show refill stations of years past. Fontana must’ve been hit especially hard by the drought because water essentially dripped into our CamelBaks. This year’s installations treated attendees to powerful faucets and running fan misters. Bathrooms and concession stands were evenly dispersed through the venue, which was easily navigated with no uncomfortable crowding.

Day one was packed to the brim with an eclectic lineup of extraordinary artists from across the electronic spectrum. Some of the best performances of the day actually occurred during the earlier daytime slots. Drezo, Oshi, and Josh Pan all held early slots and none ever showed any sign of slowing down. I sought shelter from the sun at the VIP pool and watched Charli XCX perform her guilty-pleasure hits to a more intimate crowd at the adjacent HARDer Stage. The highlight of her act was when she gracefully held her tongue as the DJ accidentally skipped over her signature track “Fancy.” Around six, the heat started to settle and the house DJs came out to play. Brodinski killed it at the Purple Stage and received a surprise cameo from HARD Founding Father, Destructo.

Malaa gave a chilling performance to a backdrop of the sunset that added to the distinctive mystique of the masked DJ. Tchami turned up the tempo from Malaa and electrified the amphitheater into his personal funky sermon. But, my favorite act of the night had to be Justice. My viewing spot was enviable; left barricade, full visibility. A Justice set is an epic live experience. The beautifully orchestrated music combines with a perfectly synchronized stage setup for a fully mesmerizing performance. For 55 minutes, nothing else existed. DJ Snake pulled out all the stops for his headlining performance at the HARD Stage. No exaggeration whatsoever, if his performance were a single word it would be “fire.” His pyrotechnics were so heavy, it wouldn’t surprise me if the people in the pit took home singed eyebrows.

The music stopped, and reality slowly set in. The penultimate boss of HSMF ‘17 was the all-too-familiar walk back to our cars. Snails-pace and shoulder-to-shoulder, we migrated out through the same parking lot we entered. “HERD Summer,” my boyfriend cleverly quipped. When we got to the car we sat down for a brief moment preparing for the ultimate boss of HSMF ‘17 – getting out of the parking lot. It was during this brief moment that I realized my laptop and carrying bag were no longer stashed under the seat.

My MacBook that held all my valuable intellectual property—documents, writing samples, resumes and cover letters—was gone. Any lingering drops of happiness from the day went with it. To a writer, laptop theft is the most invasive type of robbery. This thief had not stolen just my MacBook; he had stolen my individuality and my voice. I spent days and nights on that laptop—writing, perfecting, and meticulously crafting my work—all for it to be mindlessly stolen. All this and the parking lot line hadn’t budged for 45 minutes.

The morning after the theft my confidence was shot, to say the least. Thankfully, I have great friends who reminded me my reason for attending. My hard work had earned me the valuable opportunity to cover HSMF ‘17 and conduct my first festival interview. I would not let a thief shake my sense of purpose.

I crawled through traffic to Glen Helen and swiftly made my way through the VIP line just as the previous day. I arrived just in time to catch the first half of Ekali’s set at the HARDer stage before making my way to see Party Favor at the Green Tent. Party Favor has a skill all his own to rile up a crowd, but when he brought out Lil Jon, all hell broke loose. His set was undoubtedly one of the rowdiest and most energetic of the weekend. I bolted across the grounds to check out What So Not – one of my all-time favorite artists. This is the exact moment when I was informed that my interview with Party Favor had been moved to earlier. Luckily the media tent bordered the HARD stage—so although I missed seeing What So Not’s set I heard everything in all its glory.

Walking through the back lot to Party Favor’s artist trailers was a surreal experience. I had made it. We discussed his performance, new tour, and of course his new collaborative project with Lil Jon. For the full interview click here.

Following the interview, I rushed to witness the legendary Dog Blood reunion. Their highly-anticipated set did not disappoint, and even from far in the back, the visuals and heavy drops kept the crowd on their toes. Kill The Noise took the visual game to another level by debuting never-before-seen visuals that included gothic imagery, slow-mo water balloons, and plenty of dolphins. In particular, we witnessed the unforgettable dolphin party of HSMF ’17. Kill The Noise dropped his infamous Dolphin on Wheels track whilst simultaneously unleashing a horde of inflatable dolphins into the crowd. What ensued was pandemonium, head-banging—and the world record for Most Dolphin Screeches Ever at a Rave.

Hearing Bassnectar‘s thunderous intro from the outskirts of Kill the Noise’s crowd, I ran outside to catch a peek. Dedicated bass-heads latched onto the gates and headbanged like there was no tomorrow. Unfortunately, my hearing was shot from the dolphin party’s ear-splitting bass, so I couldn’t properly enjoy the music. Instead, I made my way to Snoop Dogg‘s set. Snoop’s crowd was made up of a diverse collection of fans and spectators reciting his golden lyrics amid a haze of pungent smoke. To the disbelief of absolutely no one, Snoop took a series of self-titled “chronic breaks” in between his songs. Snoop’s performance was iconic and it verified the enduring impact Doggystyle still has on present-day audiences.

HSMF had its ups and downs, but the music was amazing as usual and the logistics were pleasantly surprising. Having heard accolades from attendees all weekend, one thing was clear—Gary Richards truly outdid himself. A bittersweet tenor permeated the atmosphere; perhaps it was instilled by the fact of this being Richards’ last hurrah. It made for a pleasant sentimental atmosphere, which could be what set this weekend up to succeed. Or maybe it was the faultless organization that made attendees feels safe; HSMF ‘17 recorded zero deaths – a feat the festival hasn’t accomplished in years. Whatever the formula of success was, HARD’s 10 year Anniversary was one for the books. With Gary gone, it’s hard to pinpoint the exact future of HARD Summer and HARD Events. We can only hope that Live Nation will maintain the music-driven spirit of the SoCal festival brand. Thank you HARD Summer for the memories, both good and painful. 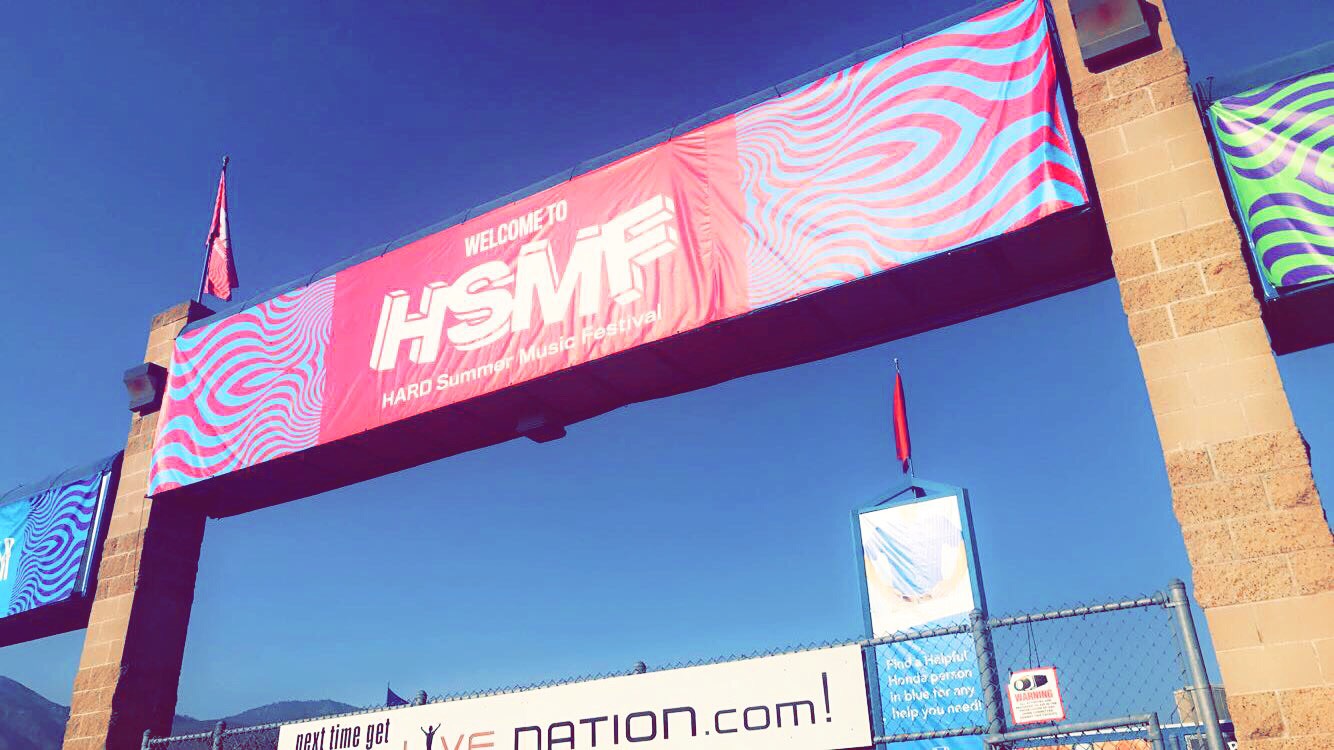