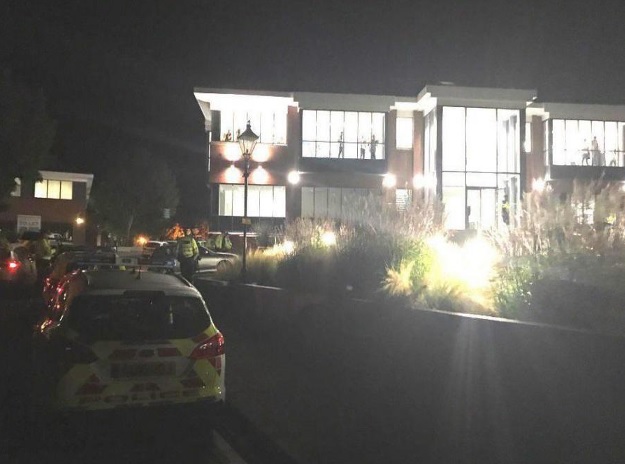 Reports have come out in England that over last weekend an unlicensed event in Surrey was taking place that ultimately took 50 police officers and a helicopter to end it. Surrey is a town in England that apparently has residents who do not tolerate loud music events in their neighborhood.

This event was at what appears to be an office building in a residential neighborhood. Huge crowds showed up – it’s said that at least 500 people were there. We don’t know if that many police officers were actually needed to stop it or if that many were just interested in checking out what was going on. Neighbor Jessica Smith said:

“I noticed a large group of people hovering at the bottom of the road when I arrived home about 10.15pm, then around midnight helicopters circling above the house woke us up”.

The police might have been good sports about it because one even tweeted this: