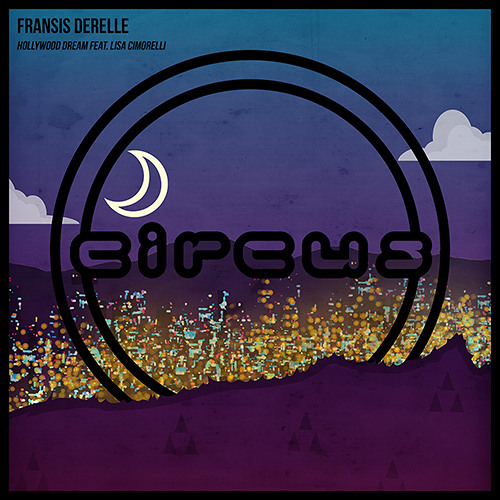 Antuane Walker, better known as Fransis Derelle, is the up and coming Salt Lake City producer that you need to get to know if you don’t know already. Earlier this year, together with Two Owls, he released a massive remix of Adventure Club‘s track ‘Dreams‘. Since then, he was signed to Flux Pavilion‘s esteemed Circus Records with his debut release being a remix of ‘Cut Me Out’. And today, he released his first solo single on the label, ‘Hollywood Dream‘. Of the track he had the following to say;

“It’s the story of a girl living in Hollywood who ends finding her dream guy. To her she can’t believe it because he is everything she has ever wanted and it all feels like a dream to her. It is the perfect love story, so there is no way this could be real.”

Right from the beginning Lisa Cimorelli’s captivating vocals set the tone of the track. By the end of the first verse the track picks up the pace and adds in a fitting fitting sample of rolling film before releasing into a smooth drop. Give the track a listen below and be sure to keep an eye out for more releases from this talented producer.