Over the past few years, the legendary Gorgon City have been completely dominating the charts and gaining worldwide success having sold 2 million singles across the globe and launching their own dynamic radio show (‘Kingdom‘). Dedicated fans have undoubtedly fallen for their prominent musical talents, melodic and soulful tracks and epic stage presence which occasionally features a breathtaking display of live instruments and vocals. Today, the North London producers have unveiled their new label ‘Realm‘. Furthermore, they continue to impress with their new track release entitled ‘Primal Call‘ alongside their most-hyped upcoming tour to date.

The English duo has been working hard to ensure that ‘Realm’ is a platform that will be designed around the musicians more club-focused tracks and well-known underground sounds. Ultimately the imprint through Virgin EMI will showcase the sonics that is heard on their weekly radio show and through their DJ sets marking a thrilling new chapter in their already fruitful career.

In celebration of the launch of their new highly anticipated label, the iconic pair have also released a fresh new tune entitled ‘Primal Call‘. Not only is this piece an upcoming chart-topper, but it’s also the first release on ‘Realm’ – making it that much more special to their audience. Fans may recognize this track as Gorgon City have been routinely playing it in their sets during their residency at Amnesia in Ibiza this past summer. Now that the season has come to an end, it’s most definitely a wonderful time for a proper release of this incredible track.

Richy Ahmen, Paul Woolford, Armand Van Helden, Fatboy Slim and are some of many artists that have been supporting the song – not to mention that the great Danny Howard played the tune on air during Annie Mac’s BBC Radio 1 show on Friday, September 22, 2017.

“We’ve been planning to launch our imprint for a long time and it now feels like the perfect time to release ‘Primal Call’, after getting great reactions over the summer. We wanted the debut to be a new track from us, to set the vibe of what’s to come on the label. We can’t wait to release more great music on REALM, so watch this space!”

‘Primal Call‘ is setting the tone for the future of the label. Fans can count on another release before the end of 2017 as it will fall alongside their hottest 22-date KINGDOM tour across North America. Tickets for the tour can be purchased now at www.gorgoncity.com. In addition you can win a pair of free tickets by tagging a friends name and the closest tour stop to you on their announcement post on Instagram.

THE COUNTDOWN IS ON! 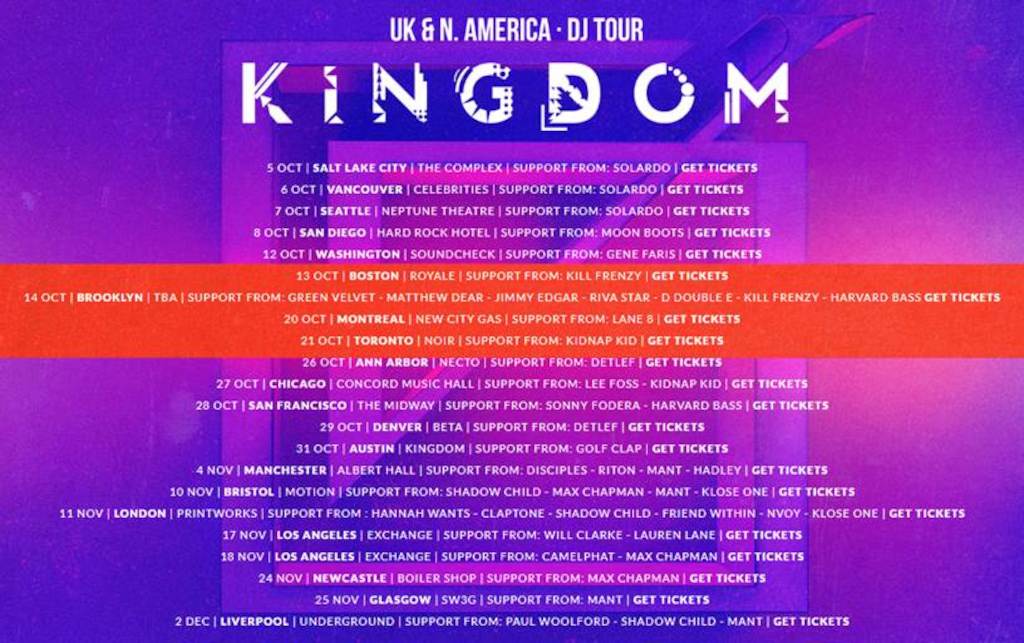