GRiZ dropped the second installment of the Chasing the Golden Hour mixtape series as a surprise recently. Following a weekend of back to back sold out performances, two of which headlining slots at Red Rocks Amphitheater, GRiZ is back with a fresh take on his mixtape project.

With its Sunday afternoon feel, part two of GRiZ’s Chasing The Golden Hour series is a laid back take on his distinctly boisterous sound. Spinning R&B, Hip Hop, Soul and Dance all into one cohesive project, GRiZ steps out of his comfort zone on the mixtape and embraces a multitude of different genres with ease. The product has something for everyone, effortlessly capturing the golden hue of a summer sunset with diverse soundscapes.

A master of chill vibes, GRiZ also launched his very own limited edition beer line last week by the same name. For a perfect way to close out the summer, grab a Chasing The Golden Hour Ale and listen to GRiZ’s brand new music now.

Catch GRiZ on tour this fall 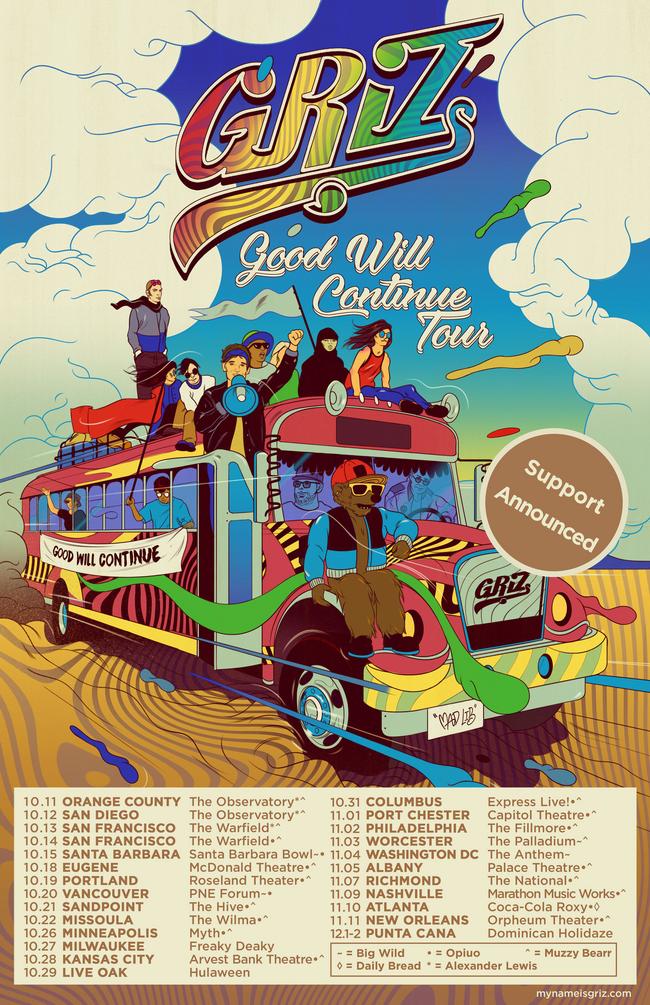