Shmitty is a name that is everywhere, festivals around the world are booking him while he continues to make regular appearance around Los Angeles where he got his start. Groove Cruise wouldn’t miss having a DJ like Shmitty on board for their carefully curated groovy house and techno lineup. The sun will be shining bright as the partygoers dance on decks but Shmitty will certainly be playing a dark techno set. The cruise will deliver attendees on an adventure across the board of genres with some of the best names. EDMTunes got to talk with Shmitty about his label Minimal Sessions and his roots in music.

Can you tell us how you got into music?

I’ve been DJing since I was 14-15, but didn’t really take it seriously until I was 21. I started playing at local nightclubs, and as I was getting more opening gigs I realized that it wouldn’t go anywhere if I didn’t start producing. I downloaded FL Studios, and watched countless hours of youtube videos, and wrote shitty music for about 2-3 years…but I had fun doing it 😛

Being so involved with electronic music from producing your own music to Insomniac’s marketing, what is your favorite part of the scene?

Thats tough! Producing in the studio is probably my favorite way to relax and unwind, but there is nothing like playing festivals. Seeing the energy and excitement and being able to help provide that experience is very rewarding.

You throw phenomenal parties, DJ and produce, do you have any other talents we don’t know about?

Haha thanks, I don’t really have any free time to have any other talents. Is sharing quality memes a talent?

What can people expect from your Minimal Session parties?

Dark driving techno all night long! A couple months ago we started ONLY booking artists that have released or have upcoming releases on our label. This way what your seeing on Beatport matches our music at the events.
We are planning a lot more warehouse parties this year so expect all-nighters with lots of art and great music.

What was the inspiration behind your label Minimal Sessions?

Tyler Rouse and I started Minimal Sessions as an monthly event. We opened for a lot of nightclubs and decided it was time to throw our own party so we could be the headliners and play whatever we wanted. The parties started growing in size and we decided it was time to turn it into a label as well. When that happened, we stopped making ourselves the headliners for our parties and started booking bigger artists which in turn helped us get releases from them.

How can aspiring producers stand out when they send in demos to you?

Make something different and original! I personally listen to every single demo people send us, and my biggest peeve is when producers follow the formula of another track. If i’ve already heard it, why sign it? If its dark, driving and original techno…im signing it!

You’ve worked with Tyler Rouse a lot, how did that relationship start and grown over the years?

We were both promoters at Exchange LA and we were opening about once a month there. We both liked each others style and decided to start writing some tracks together. We started throwing shows together, then we started a label together. He’s one of my best friends with music and without.

Enrico Sanguiliano is probably my favorite producer right now. Every single one of his tracks are massive festival bangers. I want to sit in the studio with that guy for an hour. Would learn more from him than i could at a music school for months!

What would you say is your most unforgettable moment from your career?

Man, theres already been so many goosebump nights in my short career 😛
I think the most amazing moment was in San Jose, Costa Rica. Tyler & my flight from LA was supposed to be 6 hrs, but due to a tropical rain storm, the flight ended up being 12 hrs and we landed in PANAMA! We ended up flyer to Costa Rica the next day (thank god we flew out a day early). After the whole travel headache, we headed to our show. We were the headliners, and the club was sold out at 3000 people. It was unreal, and made the entire crazy flight nightmare worth every second!

What are some of your favorite tracks right now?

Which sets are you excited to check out on Groove Cruise? 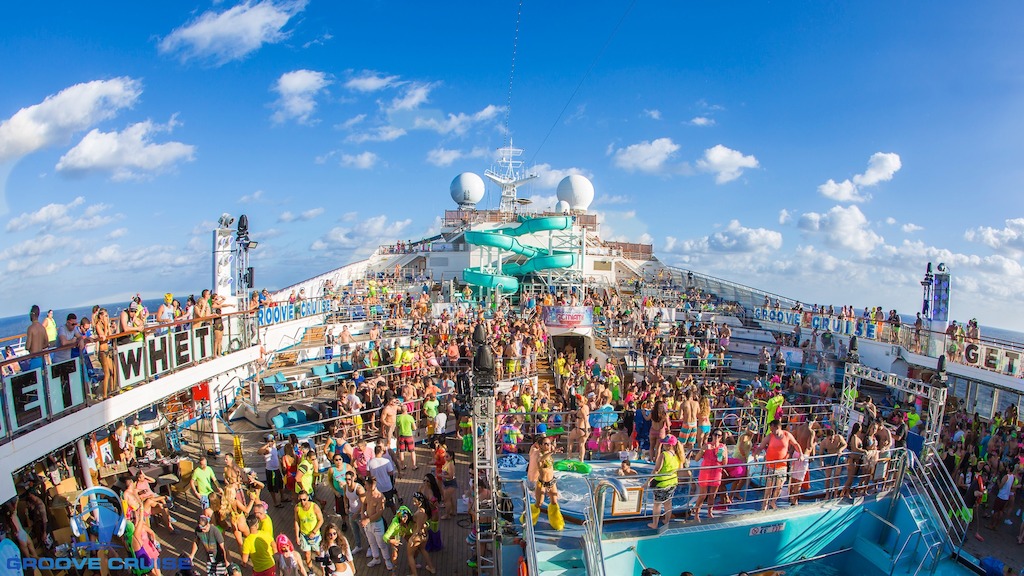