The Pardon My French train appears to have no brakes, because clearly there is no stopping these Parisian house heavy-hitters. Following a Summer touring across the globe, half of the PMF crew, Tchami & Malaa, have just announced their ‘No Redemption’ North American Fall Tour, hitting 11 cities across November and December.

The ‘No Redemption’ tour will touch down in all of the major North American markets, including Los Angeles, Toronto, New York City, DC, and Chicago. Both Tchami & Malaa have released major projects this year; Tchami dropped his highly anticipated Revelations EP last month, and Malaa unveiled his carefully curated Illegal Mixtape back in April. Additionally, Tchami’s label CONFESSION Records has been churning out releases that have been instantly recognized as songs the labelhead has been playing in his sets for the better part of a year, culminating in the release of ‘Alchemy Volume 2‘ just a couple days ago. There’s no shortage of incredible house music coming from these two and their associates, so you already know these shows will feature an onslaught of booming beats, and likely a few surprises. You can see the full list of tour dates below, and check out ticket options at the link above. 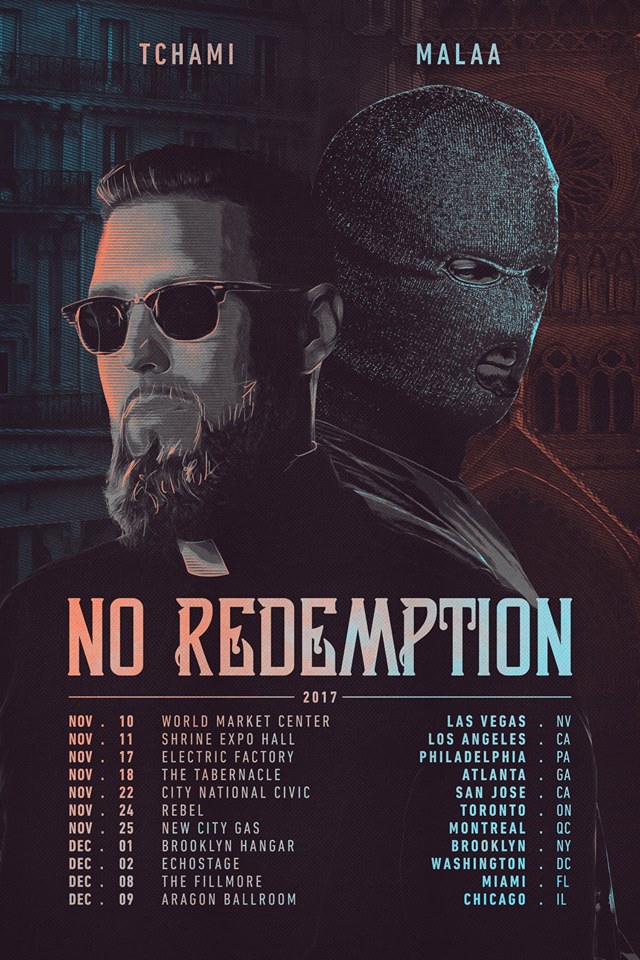