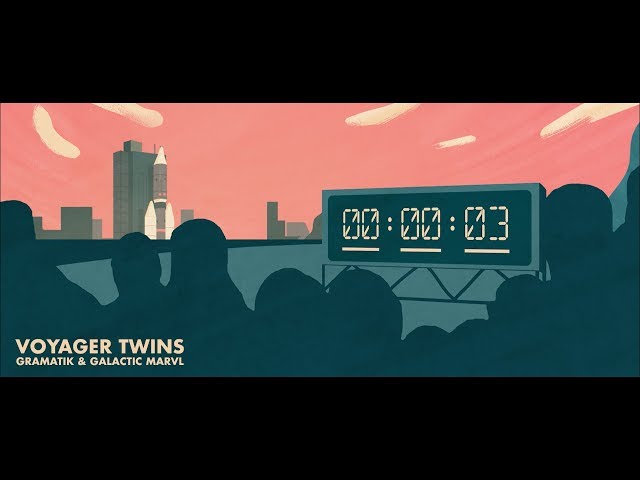 Gramatik and Galactic Marvl have given us a music video to go with their recent collaboration ‘Voyager Twins’. The song is named after the space probes Voyager 1 and 2 and this is shown throughout the video as we see a probe launched into space carrying Gramatik’s music out into space. We see newspaper headlines throughout the video documenting the journey of the probe. Eventually, we see the probe reach another planet and the inhabitants of the planet listening to the record.

The video pays homage to the “golden record” sent out with each probe carrying parts of our culture. The illustrations by Fernando Leon fit perfectly with the theme of the song while Supermassive’s animations help bring the song to life. The Voyager based theme is a fun idea and it was executed really well. We’ll just have to wait and see what else the Gramatik has up his sleeve.

Check out the video below