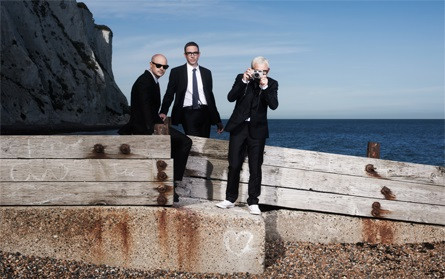 There is arguably no one busier than Above & Beyond right now. The UK trance trio recently announced a twenty-five city North American tour last week. The tour came on the heels of one of their biggest shows ever at the Gorge Amphitheater. And over the weekend, via Reddit, it was announced that the Group Therapy bosses are set to release their third vocal track from their upcoming album, Common Ground, called ‘Northern Soul’ on November 3rd.

The track was first debuted at Group Therapy 250 at the Gorge Amphitheater about a month ago. You’ll recognize a familiar voice on it as Above & Beyond tapped ‘Thing Called Love’ and ‘Sun and Moon’ vocalist Richard Bedford. This song definitely has the emotionally driven feel that Above & Beyond vocal tracks have. You can read the press release here and if you skip to the 76 minute mark on their ABGT 250 set, you can give ‘Northern Soul’ a listen.