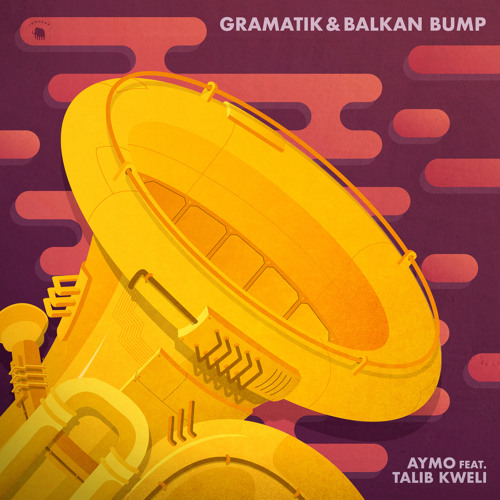 If there’s one thing Gramatik is known for it’s definitely his versatility as a producer. The last we heard from him, he teamed up with mysterious producer Galactic Marvl to drop their high-energy dubstep collab, ‘Voyager Twins‘. And now he’s teaming up with trumpet player and producer Balkan Bump as well as hip-hop artist Talib Kweli to bring his next soon-to-be hit, ‘Aymo‘.

Right from the beginning Balkan Bump’s background as an ethnomusicologist and Talib’s Arabic roots immediately shines through. The oud (Arabic lute) is definitely not a typical instrument in dance production and it is definitely a refreshing sound to hear. That sound combined with Talib’s vocals and Balkan’s trumpeting tie together to create a beautifully unique track that demands a listen. So give the track a listen and be sure to grab your own copy in the link below.