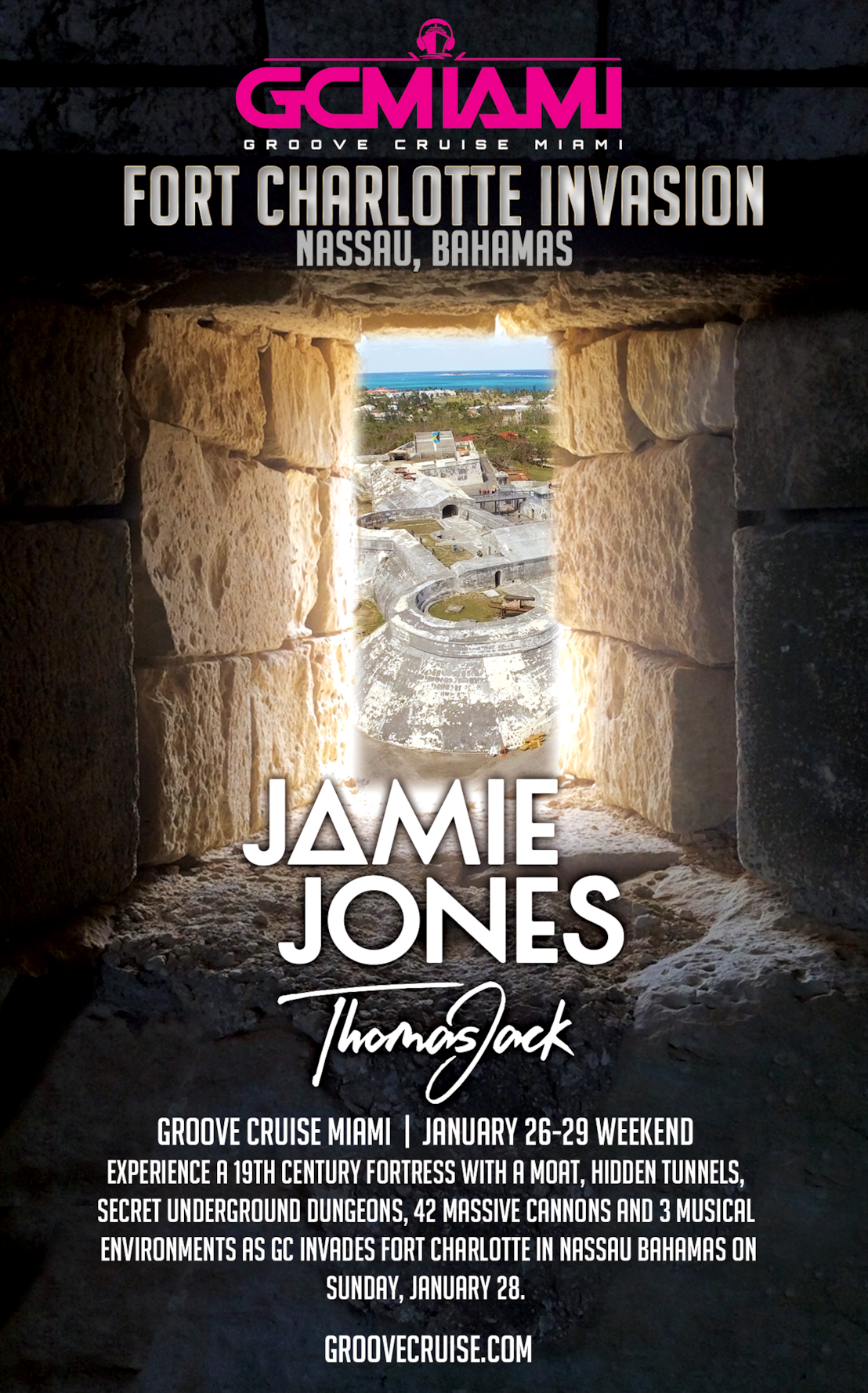 Groove Cruise MIA is officially SOLD OUT for the January 26th-29th 2018 Miami to Bahamas cruise. Groove Cruise also announced that the first takeover will be at the historical Fort Charlotte at Nassau, Bahamas with Jamie Jones and Thomas Jack. Those attending can explore the Fort’s network of hidden tunnels, secret dungeons, and massive cannons either on their own or through a guided tour.

Aside from the Fort Charlotte takeover, CocoCay island will be the site of a private island party featuring a main and underground stage.

Joining Jamie Jones and Thomas Jack are SNBRN, Markus Schulz, and R3HAB as well as underground’s players like Shiba San, Kill Frenzy, and Detlef along with stages curated by Anjunabeats, Coldharbour Recordings, Space, and many more.