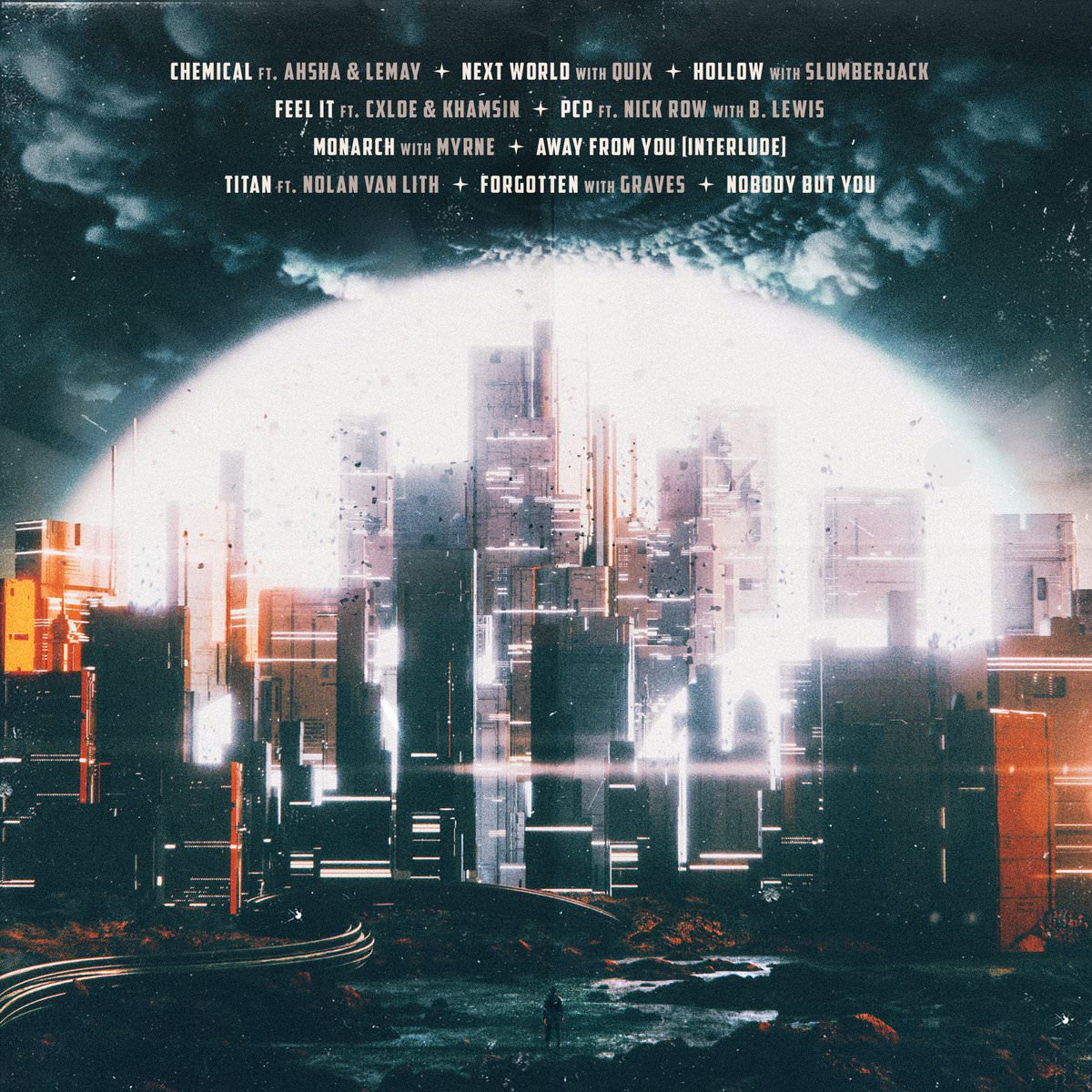 Prolific bay area producer KRANE is ending the year on a high note by releasing his highly anticipated debut LP, Fallout.
Formerly known as KRNE, the producer added the missing vowel into his name earlier this year, but changing his name definitely didn’t change his work ethic. He has always been an amazing and eclectic producer. He’s clearly honed his craft over the past several years and is well-known for his versatility that spans and connects several genres.
Signing to Dim Mak and releasing his debut LP is the culmination of all his hard work.
According to KRANE, working on this album “put him into a dark, nostalgic frame of mind, which he used to harness a 10-track auditory exploration into a dystopian abyss.” The dystopian abyss theme is clear in his amazing artwork for the album which features a man standing in front of an urban wasteland. KRANE clearly put a lot of emotion into this album and it shines through from beginning to finish.
KRANE is also in amazing company with the artists he chose to collaborate with on Fallout. SLUMBERJACK, QUIX, MYRNE, and graves, amongst others, are all underground trap and future bass royalty. In addition to flexing his own skills, Fallout serves as a prime soundscape of the amazing music that can be created when several talented producers come together.
One notable change on the album is the addition of Nick Row’s rapping over the fan-favorite track ‘PCP,’ which KRANE mysteriously took down from his Soundcloud earlier this year. Now the track is a refreshing prime example of the current trend of bringing up-and-coming producers and rappers together.
Fallout is the perfect mix of emotional future bass tracks like the opener ‘Chemical (feat. Asha and Lemay)’ and the interlude, with harder-hitting trap bangers like ‘Forgotten’ with graves and ‘Monarch’ with MYRNE. KRANE closes the album going full circle with another sentimental track entitled ‘Nobody But You.”

Stream the album below and keep your eyes on this promising producer!