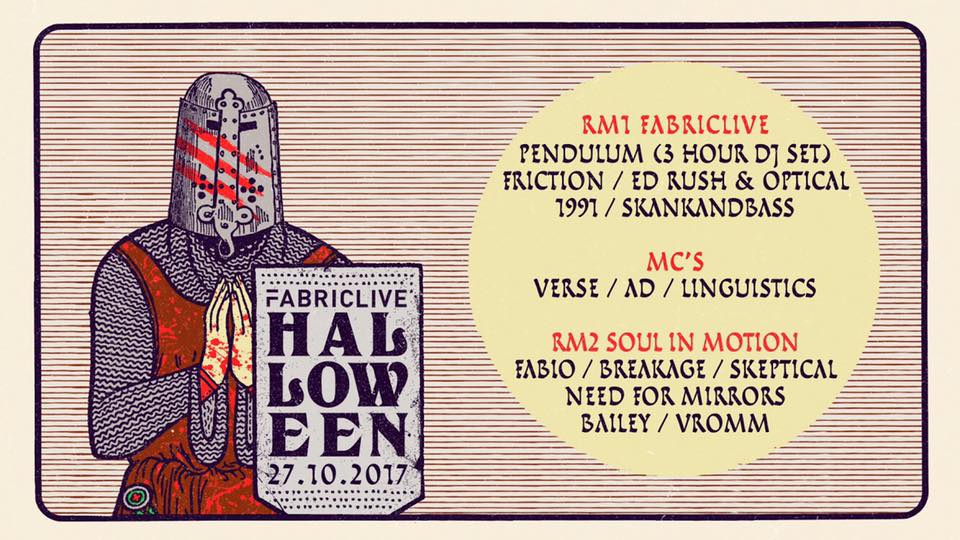 What’s the best way to throw an epic Halloween party at Fabric, one of London’s most epic clubs? A three hour DJ set from one of the most iconic drum and bass groups to ever call the United Kingdom it’s home. In this tweet on October 25th Paul “El Hornet” Harding announced that Pendulum would close out the Friday night Halloween show with an extended set.

Pendulum’s DJ set line-up includes El Hornet and fellow DJ/MC Ben Mount. Although this event won’t feature the full band that many Pendulum fans adore, do not dismiss their DJ show offhand. Just because there won’t be synthesizers or drums up on stage expect this show to have the same energy as any Pendulum show. Attendees will definitely still hear classic hits like ‘Voodoo People‘ and ‘The Island.’ However the DJ aspect of this show allows Mount and Harding to explore music that the live band doesn’t normally play.

Harding expressed his excitement for the Halloween show in the tweet. It “is a rarity that we are really able to delve into musical history like this,” he explained.  The experienced DJ who has “so much music from those last 20 years” is sure to have some surprises. And for all you vinyl aficionados Harding also revealed he’ll be digging into his “vinyl collection for those forgotten treats.”

The night will also feature sets from Friction, Ed Rush and Optical, 1991, and SkankandBass on the main stage. According to the Facebook Event Page Fabric’s second room will be curated by Soul in Motion Their line-up features “a high-class drum & bass billing.” So if Pendulum isn’t enough D&B for your night check out the other room too. The MC’s for the event are Verse, Linguistics, and AD. Unfortunately pre-sale tickets are sold out but according to the event page there will be door sales too!