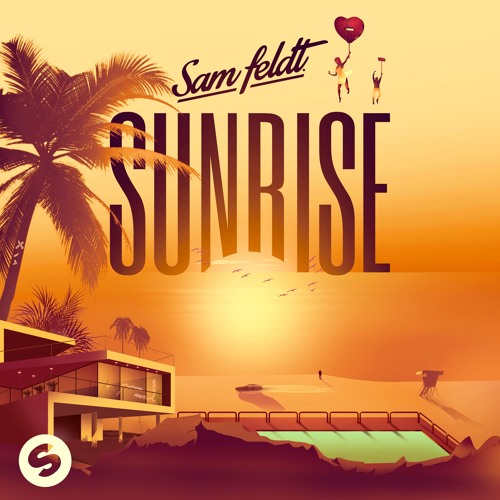 Sam Feldt has been on our radar for some time now and has released a large handful of successful singles that got him signed to Spinnin Records. Now, his debut album is finally here. Sunrise is a 12 track LP that encapsulates Feldt’s large discography and range of genre blending talent.

I have to admit that this is one of the most diverse albums I’ve heard in a long time. It actually has something for everyone to enjoy. Plus, there are a lot of talented artists featured on the album including Akon, Lush & Simon, INNA, The Federal Empire, Robert Falcon, Joshua Radin, Alex Schulz, Girls Love DJs, Joe Cleere, Toby Greene, RUMORS, Hibell, Richard Judge, and Jake Reese.

For the most part, Sunrise is tropical house heavy, but has sprinkles of different genres in between. For instance, it starts off with ‘Yes’ featuring Akon which is the quintessential Sam Feldt track. Then it transitions to ‘Shot By My Own Gun‘ and ‘High and Low‘ which have a folk/indie sound that catches you off guard in the best way.

However, ‘Chasing After You‘ is that classic, lighthearted, festival-esque track that can appeal to anyone who listens, while ‘Save Tonight‘ is a heartfelt tune that is filled with emotional vocals, lyrics, and slower sounds. Then it moved into ‘Sensational‘ which is an 80’s influenced club-centric track that is occupied with trumpets and endless danceable beats.

Overall, Sam Feldt brought his A-game on Sunrise. His beloved sound is reflected here and will take him to bigger, better places. Check out his upcoming tour dates and listen to his debut album below!