EDMTunes is once again hitting the major events for electronic music in Europe and across the world. We had the opportunity to partake in the annual Amsterdam Dance Event a few weeks ago and even with a packed agenda, we got the chance to talk to one of the biggest referents for electronic dance music over the last years: Eelke Kleijn.

During this exclusive interview, he gave us some fresh insights of his new label and future projects. Check what he had to say below.

Good to see you here at ADE! Are you excited even after all these years to be performing twice during this event?

Yeah, I’m always excited. I mean, it’s cool because it’s an event in the country where I come from, you know, instead of having to travel everywhere, for once you can stay in your own country. But it’s also nice to be here every year, see all my friends from all over the world, everyone’s together in this really small city actually, so it’s always good to be here.

Your genre varies slightly from Techno House / Progressive to Melodic House. What inspires you and how do you manage to keep always such an uplifting, feel-good style?

Well, I think my sound varies a little bit between releases like you said, and it’s mostly because there’s just too much different music that I enjoy, also when I’m deejaying I don’t just play one song, you know, I try to go from deep house to melodic, techno and you know, everything in between, sort of. So, when I’m in the studio I try to do that as well but there’s one thing that I think that all my music has in common, it always has a little bit of melody or warmth in it, I don’t like full beats like hard techno, it’s not really my thing, it needs to have some sort of depth sense, some sort of nice atmosphere, so I start with melodies a lot when I’m in the studio, just trying to tweak something, and eventually it turns out to be a melodic song somehow, it’s just the way I go I guess!

With the launch of your brand-new label, DAYS like NIGHTS, you are leaving an imprint on your singles and productions. What else can we expect from this venture?

Quite a lot actually, we have a lot of new music coming up, so far it’s been a lot of my own music, also because I wanted to sort of make the connection between me and the label, like really a ‘parent’ in the beginning, but this next year we are bringing some other people on board as well, so we’ve already had Sébastien Léger do a remix, Affkt is coming up and also Nick Warren is doing a remix soon, and Siege just released an EP as well, and over the next years I want to bring some other artists on board that I really look up to and I really appreciate. The idea is that we build the label a little bit more, we are starting with the label Nights as well, bringing them to key places, for instance now Amsterdam Dance Event, but it would be great to do it maybe at the BPM or Miami, I’m just thinking of some places where we could do something like this so, that’s the plan for the future, like getting out there more and make a really strong connection between the label, the events and the music that we enjoy.

The bootleg of ‘The Hanging Tree’, by James Newton Howard featuring Jennifer Lawrence is only one great example of how you’ve been interacting with the movie industry. Are you working on any other similar projects at the moment?

Not particularly, the funny thing about that bootleg is that I just made it for my own sets, but the response was so good that I just put it up on SoundCloud, but I think last time I checked it was 200,000 listenings or 300,000, like it really exploded and I’ll try to do some of those things every now and then, if there’s like a band song that I enjoy I’ll try to do a bootleg, and ideally try to release it as well but that’s not always a possibility, I am starting to work on a new album though, and I do want to bring some of those influences in the album as well, so it’s going to feature a lot more real instruments, you know, guitars, strings, some drums and percussion and try to make a crossover between those sort of almost ‘cinematic’ kind of things and the dance music that I enjoy, in order to make it like a nicer listening experience for people.

On that note, can we get any tips or your upcoming music?

Well, there’s one track that is due I think in 3 or 4 weeks, I did this song 11 years ago, that was called 8 Bit Era and it was sort of my breakthrough track I think, Nick Warren used it on his Global Underground, then Global Underground released an artist album by me and that’s sort of what got the whole thing flowing, and I did a really cool 116 BPM indie dance version of the track so I pitched it down a lot and made a whole new track with lots of live percussion and stuff, and that’s going out in 4 weeks, and then Nick Warren did a remix for that, which I’m really happy with, cause he was such a big part of that track in the beginning and now having him remix it is something very special.

In closing, do you have a favorite country where you love playing? Which one is that?

There’s a few. I love Argentina because it’s a no brainer, people are so you know, intense, and they always come out in like 2, 3,000 people at once, but Canada and also Australia are also incredible because I feel that those are like Argentina but much smaller, the scene is a little bit smaller with 4, 500 people going to the gig, but the vibe is similar, like, people are really going for the music, so, I would say those 3 are my favorites countries to play at! 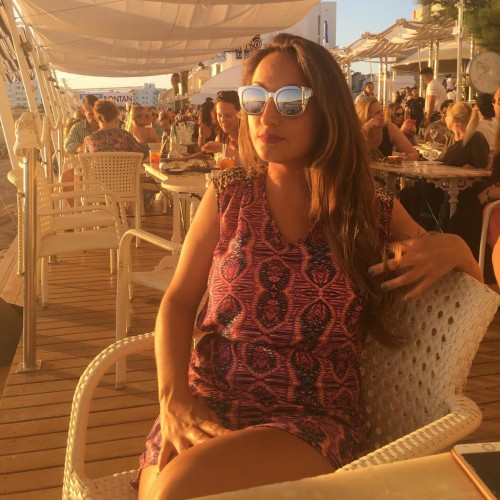