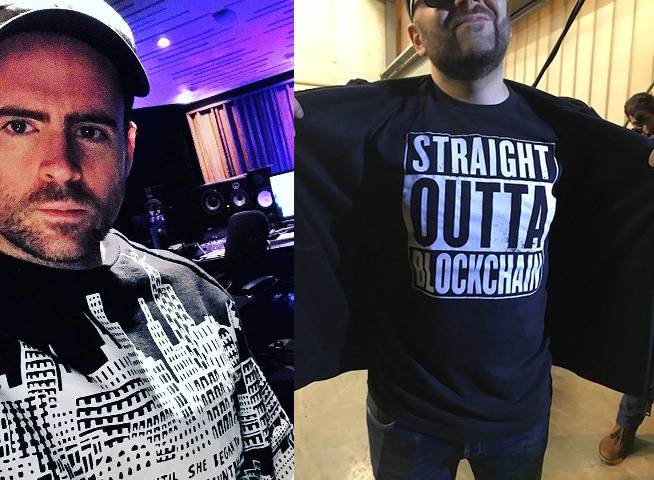 Trance producer Gareth Emery and hip-hop electronic producer Gramatik both launched their own cryptocurrency this week, and not even in a collaborative effort. Gramatik announced his GRMTK coin was in the works last month at the same time has he announced his upcoming EP Re:Coil Pt. 1, and Gareth Emery has been working on his streaming service Choon and the NTS (NOTES) token for the last six months. Both artists are using the blockchain technology which was initially popularized by Bitcoin. For the purposes of both their projects, the underwriting blockchain technology is Ethereum. Buckle up because this gets a bit complex.

Gramatik’s tokenized ecosystem was launched during his concert in Zurich, Switzerland and kicked off the three-day event held by SingularDTV. GRMTK was the first of many projects to be tokenized, in concurrence with the Tokit and LaunchPad applications. The goal of the concert was to sell the initial 25% of the GRMTK tokens, successfully raising $2.48 million (7500 ETH) in 24 hours. This gives the new ecosystem a potential total value of $9 million, and should benefit both Gramatik and his fans. The final part of this article will explain the volatility in this valuation.

The goal of a tokenized ecosystem is to allow an individual artist or project to “empower” their intellectual property by selling tokens to raise money. From medium.com, GRMTK is supposed to create an economy where Gramatik will never need to answer to anyone for his creations.

“It is a balanced and reciprocal relationship, one where his fans fuel his creation while at the same time benefitting from the ownership of Gramatik’s intellectual property and future royalties. The more value Gramatik puts into his channel, the more holders of GRMTK will be rewarded with that value.”

It goes on to say it is a revolutionary concept and the first of its kind, and this is definitely the case for the cryptocurrency world. In the real world however, this is precisely the same concept as a company publicly listing on the stock exchange, consumers purchasing shares of the company to raise money, and the company using that money to run the business. As a result of a well run business, the shareholders or in this case GRMTK token holders will see portions or dividends of revenue from future projects.

Gareth’s cryptocoin is called NOTES (NTS) and will work in conjunction with his new streaming service Choon. The service is self-described as “a music streaming service and digital payments ecosystem powered by the Ethereum blockchain designed to solve some of the music industry’s most fundamental problems.” 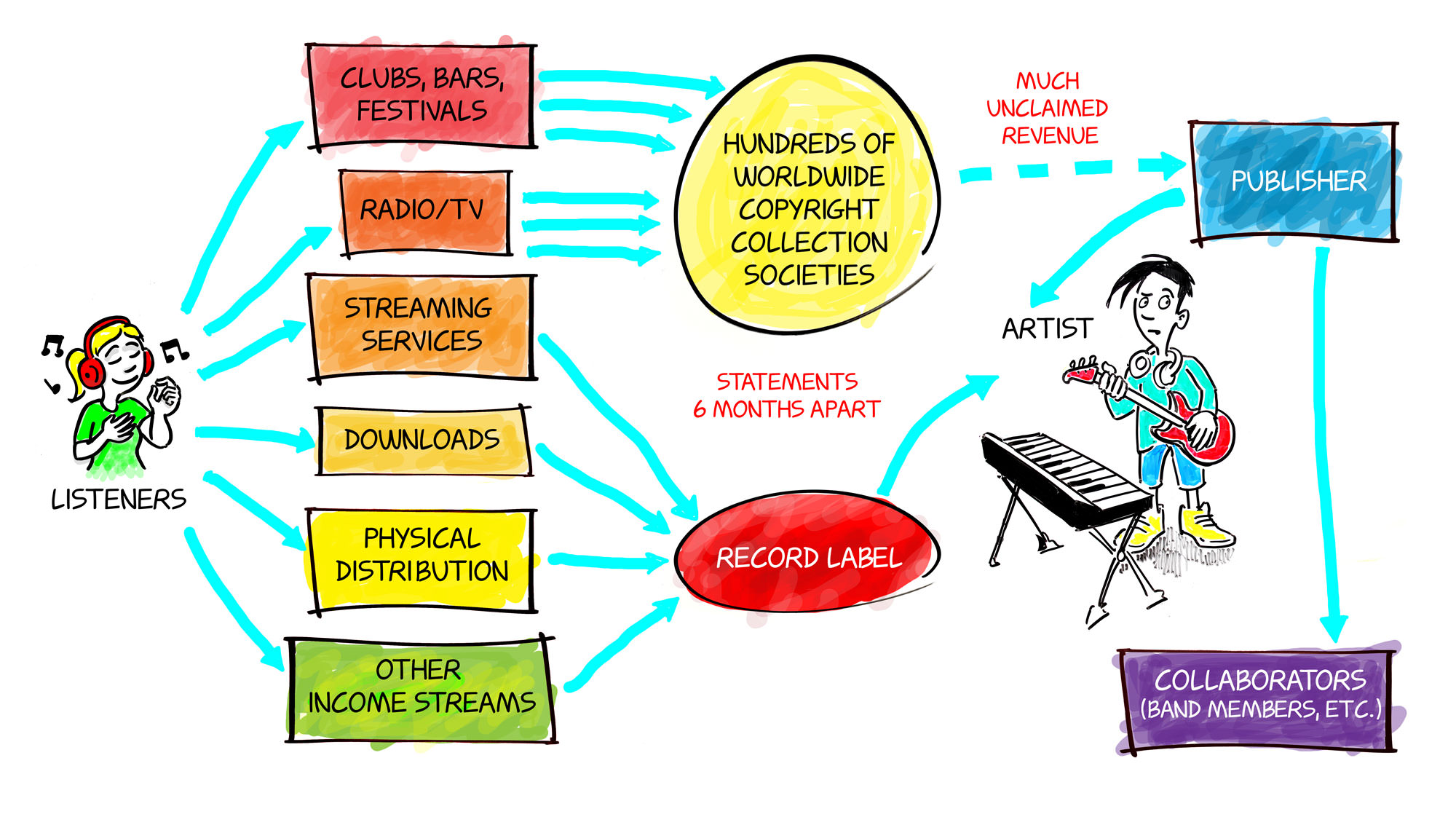 As described in the above graphic, traditionally the listener consumes music in numerous ways, and each method pays either a record label or a copyright collection society, and eventually trickles down to the artist and collaborators. Choon aims to take the money out of the hands of the labels and the streaming services, and leverage decentralized cryptocurrencies to enable a more-or-less direct payment of the artists instead. 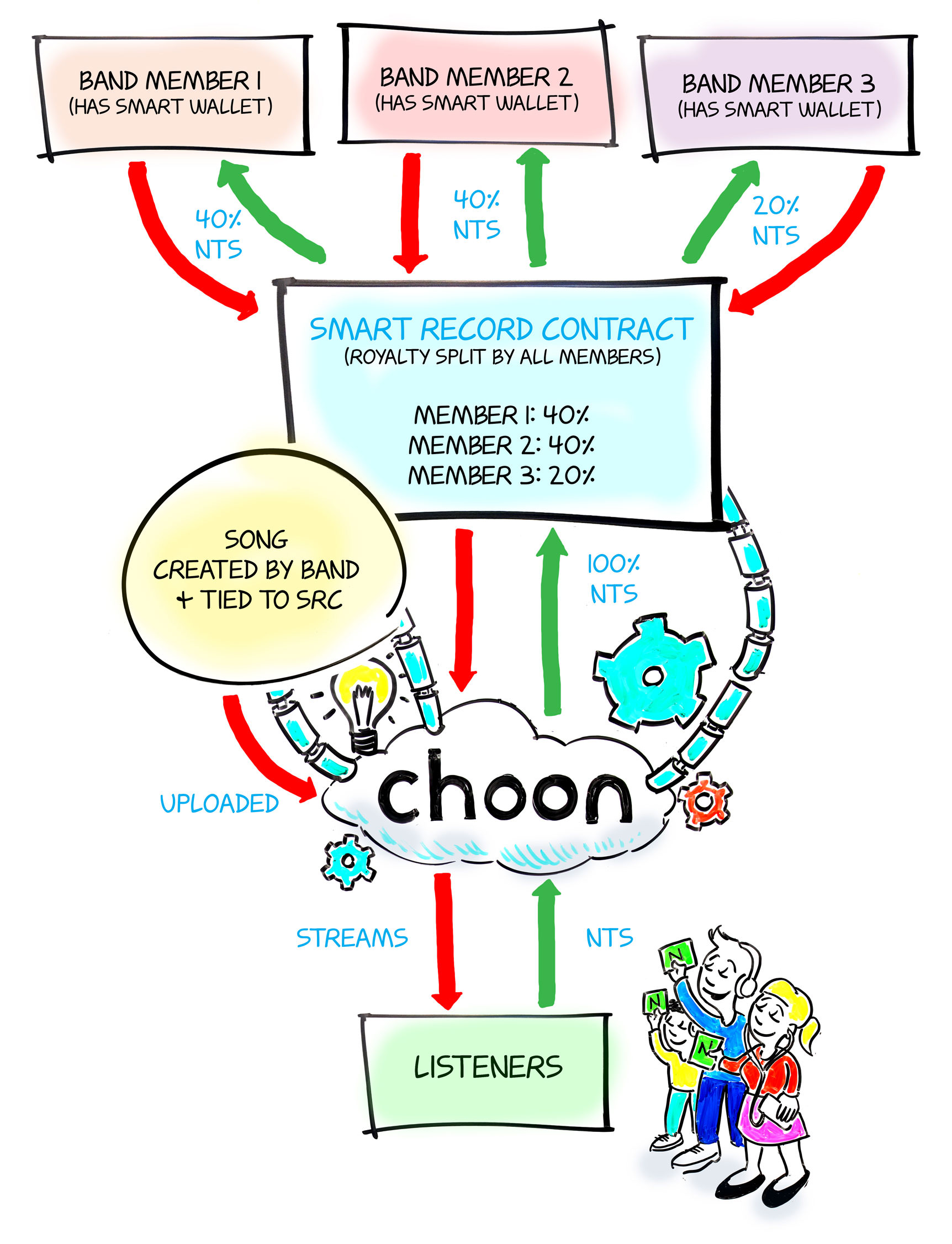 Apart from a base fee of 20% of the NTS kept to maintain operational costs, the remaining 80% will be passed directly to the content creators. The content creators will have entered into a Smart Record Contract which determines the exact distribution of the revenue amongst multiple parties. Choon looks to create another entire ecosystem but instead of each artist creating their own token like GRMTK, they use the NOTES token on the Choon platform which facilitates everything.

Read Gareth’s Facebook announcement below, and find a brief explanation of the risks at the bottom.

This morning I want to briefly talk about one of the most f*cked up parts of the modern music industry: artists actually…

The Anomaly of Cryptocurrency

The movement of prices of commodities internationally is affected by major currency exchange rates, international political pressures, and of course supply and demand. The movement of exchange rates and the value of fiat currency is affected by volume, consumer confidence, political pressures, lending and borrowing rates, and equivalent currencies. The problem with a cryptocurrency like Bitcoin (BTC) is that in order for it to be accepted as a currency, it must have far less exchange volatility. As you can only have a fixed amount of BTC, the likelihood of it being adopted as a global currency is slim to none. Further, the likelihood of it being used as a backing like the gold standard – a BTC standard as it were – is also incredibly slim unless there is an advent of another coin.

Cryptocurrency could be considered a commodity, except for the nagging problem that commodities are useful; they have real world applications. Oil, gold, copper, corn, cattle, silver, these are all commodities that have a real use. Gold is more than a pretty metal, it is an incredible conductor and therefore has many uses in electronics. Our human attribution of value for jewellery is also a contributing factor, as well as the use of gold as an investment vehicle. Gold mining is a multi-billion dollar industry; we may ascribe value to something like gold because it’s harder to obtain, but an entire industry is hard to argue against. A more obvious example of a commodity, oil, is easily analysed. Its value comes from its daily use; its price volatility comes from political pressure, supply and demand, costs of production and more. Beyond the value from the cost of production, limited supply and consumer demand, Bitcoin or Ethereum has no real world applications.

The problem that still plagues the exciting launch of these two cryptocurrencies is the underwriting cryptocurrency, in this case Ethereum, is volatile. The wording indicates that the value of the tokens or the way to purchase the tokens is by way of the ETH coin. A 90-day price chart of the Ethereum/USD exchange rate shows that if Gramatik had launched GRMTK on September 20th, the token would have only netted a profit of $1.6 million (7500 ETH x $214.31USD). Whatever external market forces act on Ether affecting the value will also affect the value of GRMTK, even though it is expressed as a value of USD. Page 57 of the Choon White Paper address this briefly under associated risks with “Ether, the native unit of account of the Ethereum may itself lose value in ways similar to NOTES, and also other ways.”