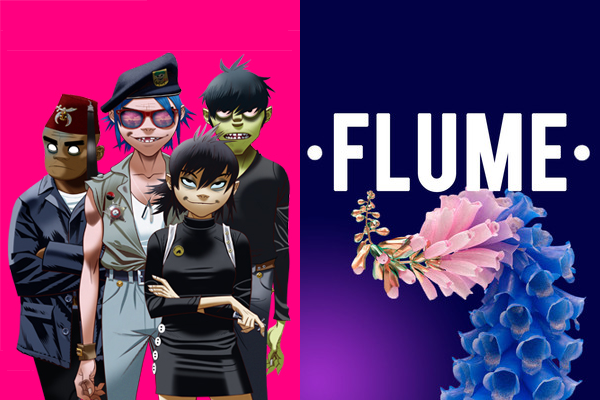 Virtual band Gorillaz released a new single ‘Garage Palace‘ ft. Little Simz on Halloween. This is one of fourteen new songs which will be released on November 3rd 2017 as a “Super Deluxe” Edition of their album Humanz, which was released in April of this year. In an interview with Zane Lowe on Beats 1, Damon Albarn of Gorillaz says that he has been working with future bass producer Flume, hinting at an upcoming collaboration between the two. He mentioned he has at least one more track ‘Hollywood‘ he would like to release this year, and a collaboration with Mike Will Made-It.

Flume has been relatively quiet this year. He released Skin Companion EP 2 in May 2017 and has spent the year touring. The idea of new music is exciting for both Gorillaz and Flume fans. If Harley is back in the studio, it could mean some more work is coming our way.