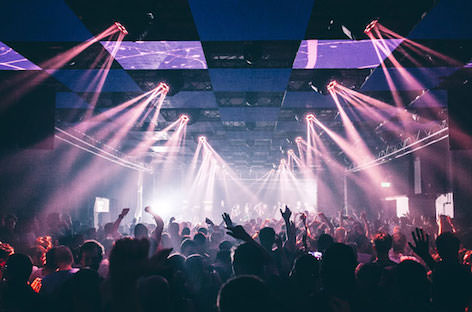 HYTE, which rightly calls itself a “global event series,” regularly hosts techno events around the world. From Miami to New York, and Ibiza to Berlin, HYTE’s established reputation for quality shows speaks for itself. With superstars Chris Liebing and Loco Dice involved in almost every show, HYTE curates events at the Amsterdam Dance Event and a sixteen-week long summer residency at Amnesia Ibiza. And the techno event powerhouse just unveiled the lineup for its 24-hour marathon NYE event. Hosted by Berlin’s Funkhaus, the event features an extraordinary list of DJs. There will be at least 35 hours of music over the day-long event. Room 1 will begin the night at 18:00 CET December 31st. Room 2 will close out the event at 18:00 CET January 1st. 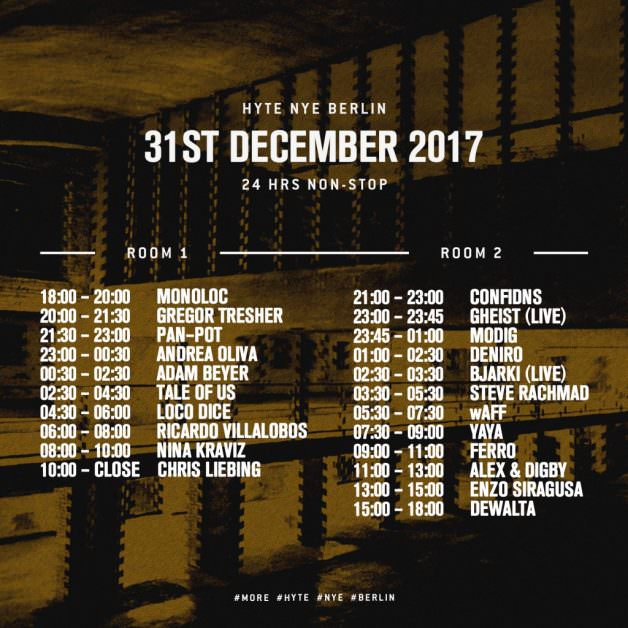 HYTE NYE will have 20 separate DJ performances. Two live acts also grace the lineup, and live performances tend to be some of the most interesting electronic musical experiences. Aside from the two regulars, HYTE NYE will host several big names in the Techno world as well as several smaller artists and local DJs.  Adam Beyer, Tale of Us, and Ricardo Villalobos stand out as some of the biggest talents on the list.

But by far the biggest draw for the event is Nina Kraviz. After playing at Tomorrowland, Awakenings, and the Amsterdam Dance Event, she has become a household name to tech-heads. Kraviz has even played a cave rave in Iceland. That’s right, a music event in a cave. She also threw a party on top of a 150-foot water tower. With a techno powerhouse like Kraviz alongside a solid crew of high profile talent, this event promises a good time.

You can buy tickets here or find the different artists online to check out their respective sounds. If you love techno and you can make it to Berlin, don’t miss this event.