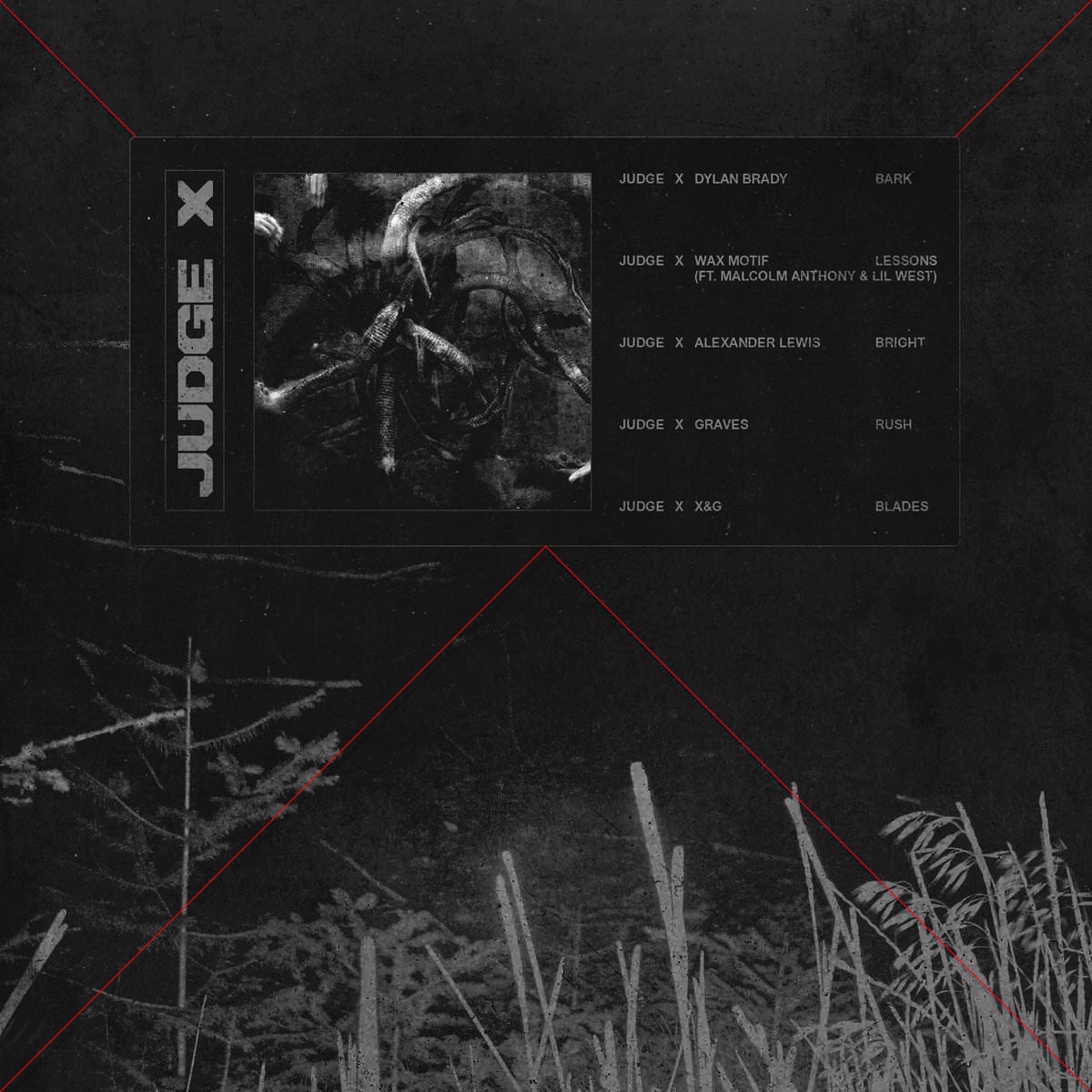 Talented producer JUDGE has been making waves in the trap scene for quite some time. Starting out as a hip-hop producer, he started moving into dance music with accolades from fellow producers. He is currently a fan favorite amongst those in the underground trap and rap scene. A prolific producer, JUDGE just surprise dropped an amazing debut EP entitled X, continuously proving his chops for producing dark and catchy beats.

JUDGE recruited an all-star roster for X. Each track is a collaboration with other well-respected artists, and the results are brilliant.

The opening track ‘Bark’ was made with fellow up-and-comer Dylan Brady. The track definitely makes an impact with a crazy drop reminiscent of dubstep. The next track, ‘Blades’ with widely-acclaimed producers X&G is a dark and heavy track with a slower tempo, clearly showcasing X&G’s influence. The third track ‘Bright’ is a collaboration with trap heavy-hitter Alexander Lewis. An ominous and complex build-up leads into a drop featuring those signature Alexander Lewis horns.

The fourth track in X is the stand-out collaboration with established producer Wax Motif. ‘Lessons’ (feat. Malcolm Anthony & Lil West. What starts as a haunting beat goes into a bouncy house drop, showing how the two genres can blend together and producers with different sounds shouldn’t be afraid to work together.

Finally, the EP closes with a down-tempo collaboration with another trap heavyweight, graves. The horns are woven through an impressive soundscape of synths.

The album is versatile, yet cohesive, much like JUDGE as an artist. One of the notable aspects of JUDGE is his refreshing sound. JUDGE is managing to produce music that is distinctly his, while also showcasing his range as a producer throughout his extensive catalog.

The release of X is just the cherry on top of a huge year for JUDGE. Earlier in the year, he notably produced the beat for ‘Take Care’ by Young Thug, the closing track of the critically-acclaimed album, Beautiful Thugger Girls.

With his sights set on making waves in the dance music scene, JUDGE recently started playing major festivals like Insomniac’s Escape. He will be joining the golden boy of trap Ekali on his Babylon tour starting Nov. 29. Keep your eyes on this promising producer and catch him in a city near you soon.

Listen to X below and let us know what you think!