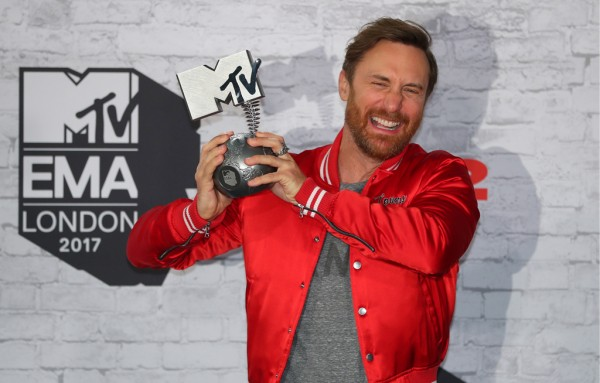 The MTV Europe Music Awards (EMAs) were last night, and the results for the Best Electronic artist were surprising. Up against Martin Garrix (DJ Mag’s #1 rated DJ for 2017), Calvin Harris, Major Lazer, and The Chainsmokers, it was David Guetta who emerged victorious. For die-hard EDM fans, those nominees don’t really make sense to begin with. For Guetta to win after releasing three songs in 2017 is surprising, but speaks to the popularity and star power of a major collaborator like Justin Bieber.

The MTV Europe Music Awards first started in 1994 as an alternative to the MTV Video Music Awards. Since 2007, the awards show has taken fan voting into account, which obviously leads to some surprising results. David Guetta previously won in 2012, and lost out the last three years to Calvin Harris (2014) and Martin Garrix (2015-2016). Guetta’s collaboration with Justin Bieber ‘2U‘ is his second most streamed song behind ‘Titanium‘, and likely the reason for his win.