Cheetos and confetti lined UIC Pavilion‘s bathroom floor, after what was the most elaborate production I had ever seen. Goosebumps kissed my Bettie Page tattoo that lie down my arm, while pressed up against a shaggy-haired Louisianan named Steve. His eyes dilated with wonder before Odesza‘s Clayton Knight and Harrison Mills appeared. It was Stephen’s first time witnessing what could only be described as a true spiritual experience.

Financial consultants Kasey and Raf take ‘A Moment Apart’ from their conservative lives in Washington; two beautiful bodies burrowed during Knight and Mills’ performance of “It’s Only (feat. Zyra)” from 2014’s album In Return. This sight transported me back to Odesza’s snow-ridden show at the Aragon Ballroom when I fell in love with their sound. 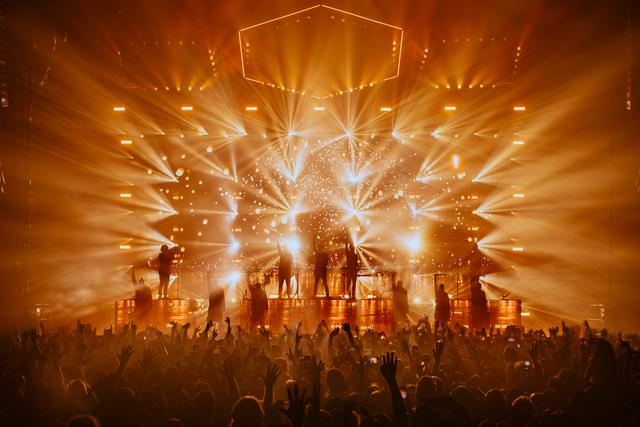 Pretty Lights, Phish and Odesza’s live trombone player Scott Flynn appeared, accompanying the six-person drumline draped in pure white. Each one of the percussionist’s hoodies were branded with a black icosahedron skeleton. 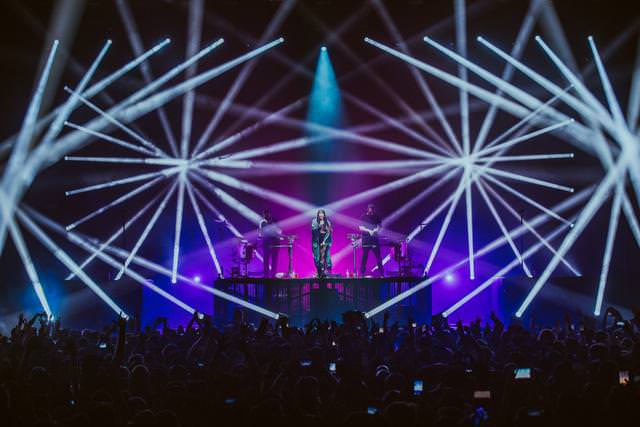 Rewind your imagination. Now, let’s go back to the beginning; Opener Sofi Tukker ends their groovy gig at 8:45 p.m. We stand in silent solidarity, waiting for Odesza. Even before they arrive, the crowd goes wild as illusionary spaceships and stars set the stage.

“Do you know that story about the Russian cosmonaut?
So, he goes up in this big spaceship
And he’s got this portal window
And he’s looking out of it

And he sees the curvature of the Earth for the first time
And all of a sudden, this strange ticking
And it’s coming out of the dashboard

But he can’t find it, he can’t stop it
It keeps going
A few hours into this, begins to feel like torture
What’s he gonna do?

He’s up in space!
So the cosmonaut decides
The only way to save his sanity
Is to fall in love with this sound” 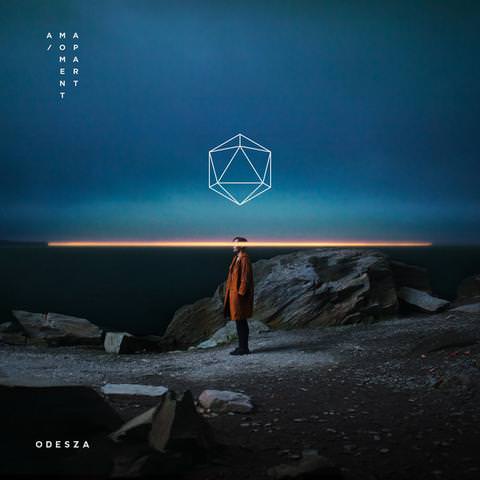