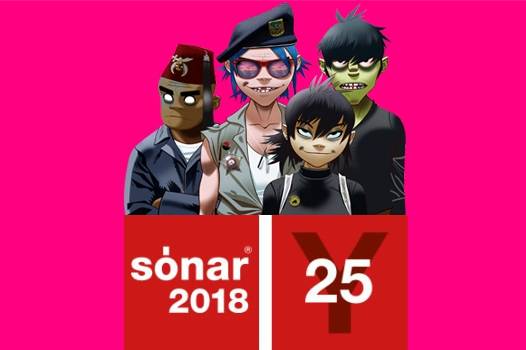 Sónar’s Barcelona festival has just announced the lineup’s first phase for their 25th-anniversary show next year, and we are having a hard time not jumping out of our seats. The lineup includes legendary Richie Hawtin, Bonobo, Gorillaz, Bicep, LCD Soundsystem, Laurent Garnier, Helena Hauff, Black Coffee, and many more!

Before the Barcelona dates, which take place on the 14th to the 16th of June, there will also be a Bogota edition on December 2nd, a Reykjavik edition on March 16-17, the second edition in Hong Kong on March 17, and in Istanbul on April 6-7. Right now, you can find Sónar Passes for approximately €165 until December 11th, and the four-day Delegate Pass is marked a bit higher, at €240. For more details, check out their website!