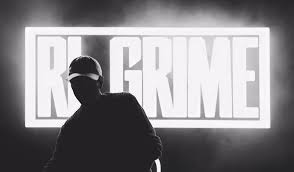 Halloween has already come & gone which means one prominent aspect to electronic dance music enthusiasts: RL Grime has officially released his highly anticipated seasonal mix! The American producer is internationally known for delivering killer mixtapes to get the world in the spooky holiday spirit. The 6th version was uploaded less than a week ago and it already has a whopping 695K plays! Even more exciting: the creative DJ has released the full track list for Halloween VI!

This year the story line was centered around the talented musician’s upcoming new album entitled ‘NOVA‘. Designed to give his fans a multi-platform voyage of his many great achievements and musical journey – the new album is guaranteed to give his followers a glimpse to the next chapter of his career.

Although the mix only delivers a sole ID, it did incorporate fresh unreleased edits. The incorporated samples offer an exhilarating preview into ‘NOVA’ as there is more than half of the new album that is still completed unheard. In anticipation to the release of RL Grime’s album, this mix will most definitely leave you wanting more…