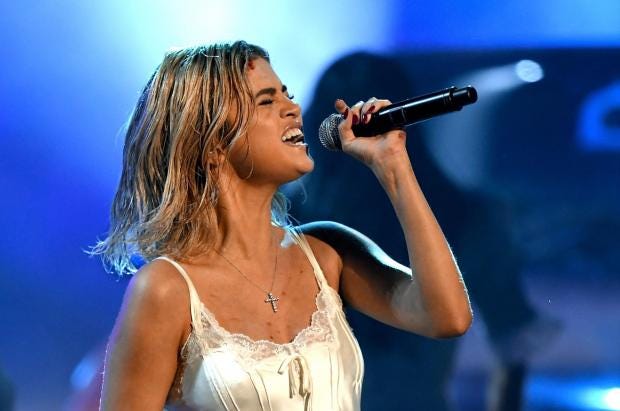 The incredibly talented Selena Gomez has been living through one hell of a rollercoaster year! Her relationship status, as well as her health issues, have been feeding the media’s ongoing hunger for gossip. During the 2017 edition of the highly anticipated American Music Awards (AMAs), the American singer’s vocals were the ones under the spotlight as rumors of lip-syncing have been spreading online. Do you think she completed this frowned upon deed?

The AMAs is a perfect time to debut new looks, songs, dance moves, among much more – truly allowing whatever the artist is looking to showcase to shine through. The young actress seemed to want to show the world that she could conquer it all by debuting her new gorgeous blonde locks, a fresh track entitled ‘Wolves‘ and some sultry dance choreography. However, fans were quick to judge her every move – including her alleged lip-syncing.

After reviewing the footage, it is clear that the superstar was not truly singing. The obvious lack of breaths taken within the words as well as pulling away from the microphone too early or too late which ultimately didn’t match the vocals that were being heard, confirm the critic’s theory.

Regardless of what seems to have happened on stage, big kudos go out to Selena for dominating her performance after her unfortunate year of battling lupus, working her way past a broken relationship as well as an apparent anxiety attach prior to the award show. You go, girl!