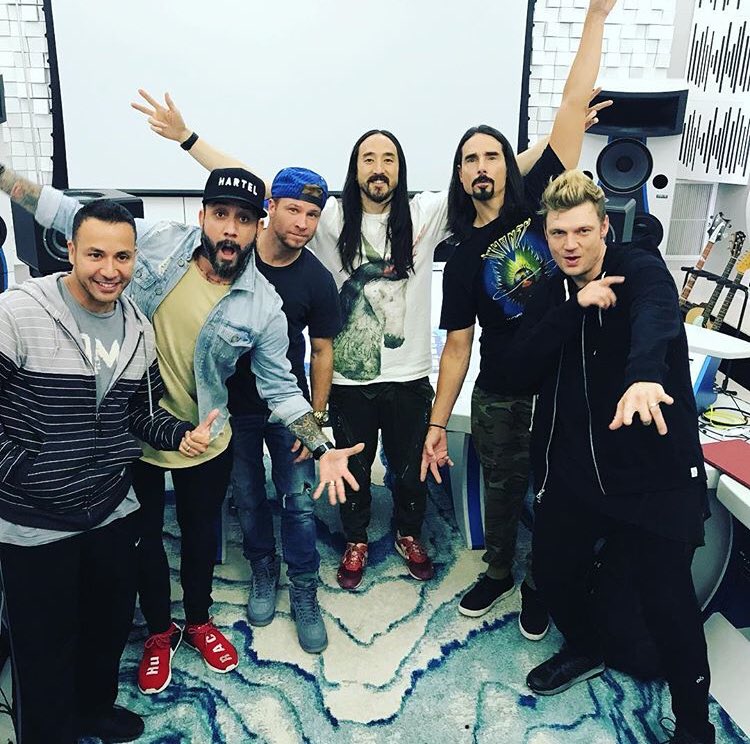 When Steve Aoki isn’t tossing cakes at willing fans, he’s constantly working on new and diverse collaborations. In the past few years he’s collabed with artists like, Will.I.Am, Kid Cudi, and Linkin Park. Aoki’s newest album Kolony featured tracks with some huge names in hip hop like Lil Uzi Vert and Lil Yachty, proving that there is no limit to Aoki’s production capabilities. A very exciting collaboration may be in the works following a visit from 90’s heartthrobs the Backstreet Boys. The adored boy band stopped by Aoki’s mansion, which happens to be equipped with a cutting edge recording studio in the Hollywood Hills last week.

The Backstreet Boys have been rumored to be seeking the expertise of some other EDM producers like The Chainsmokers for their upcoming album. So although it’s only speculation that new music with Aoki may be in the works, we know every single 90’s child out there is hoping that the Backstreet Boys and Aoki will come together to create something new, yet nostalgic.