One derriere, 4,664 retweets and 3,401 likes became the click heard ’round the world; in 2014, Diplo‘s Thomas Wesley Pentz tweeted about his philanthropic endeavor to “Get Taylor Swift A Booty.”

“Music is in the hands of the kids. Streaming is literally what kids want to listen to over and over again. They want to listen to ‘Rockstar’ and ‘Bodak Yellow.’ They don’t want to listen to, like, ‘Look What You Made Me Do.’ That music doesn’t relate to them at all. I don’t think it ever did. They were only given that by radio and marketing budgets. I’m impressed with Post Malone. I can relate to him more than Taylor Swift.” 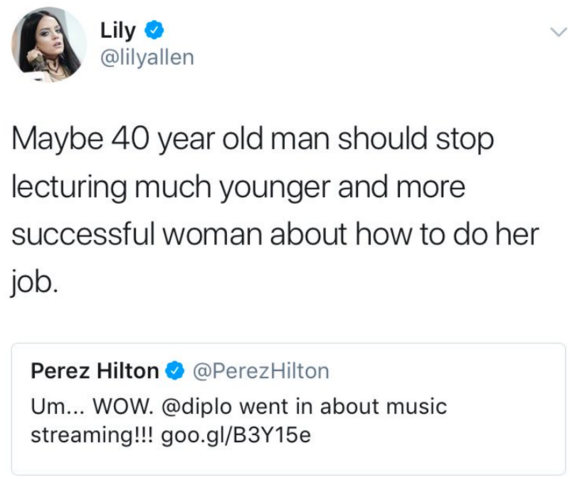 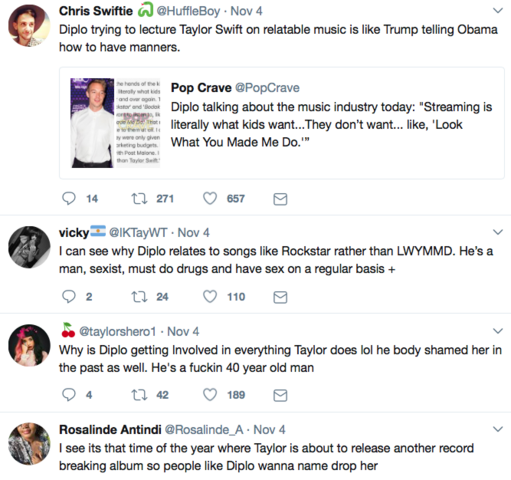