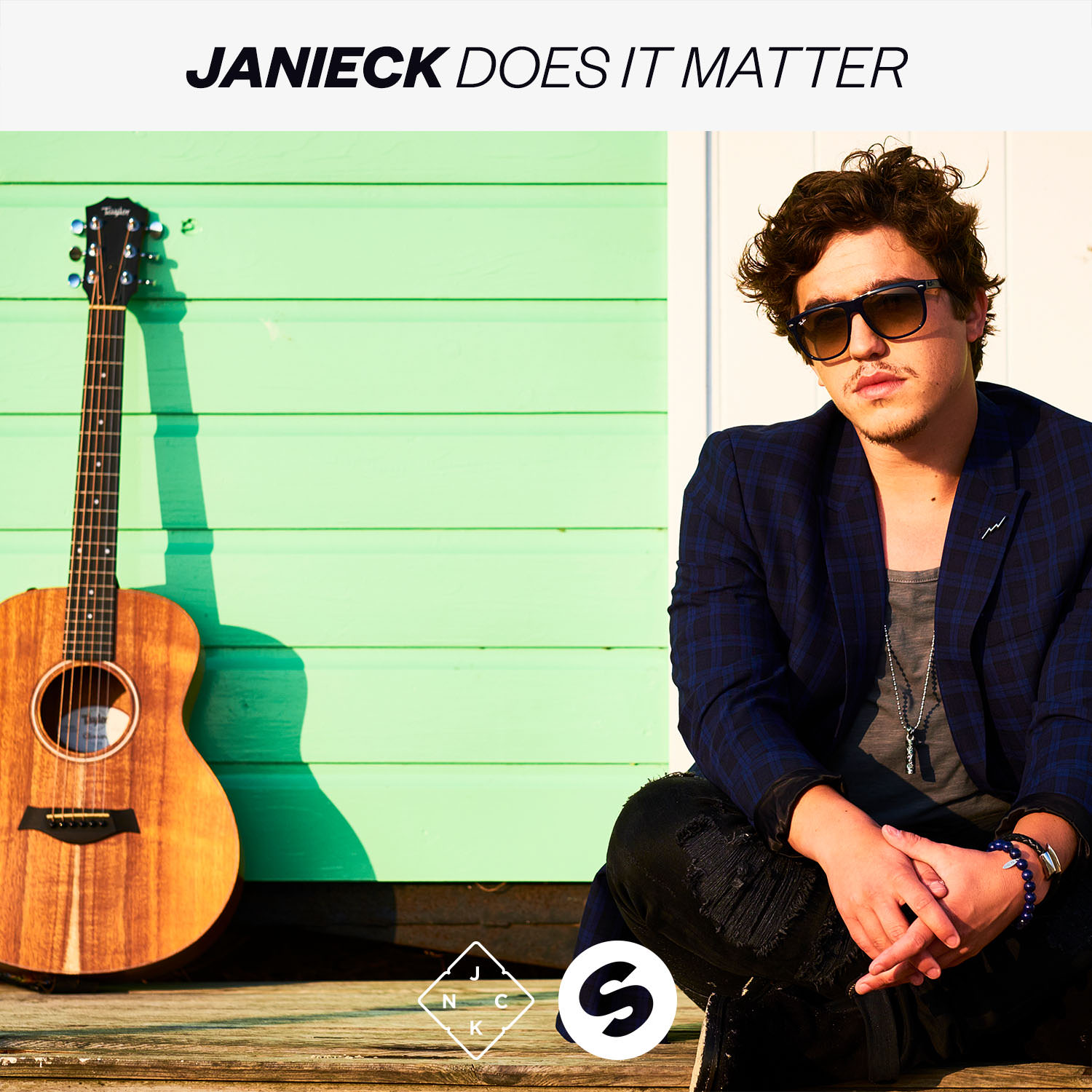 Dutch triple-threat Janieck is pumped to release his newest single on Spinnin’ Records, ‘Does It Matter‘. Janieck is a singer-songwriter, musician and actor who got his start in show business playing the lead in the 2004 Dutch film Pluk van de Petteflet. With two more film credits to his name after that, he exploded onto the music scene with his Lost Frequencies collaboration ‘Reality’ in 2015. Following the success of ‘Reality’ he was signed exclusively to Spinnin’ Records in 2016 and released his first solo single ‘Feel the Love’.

‘Does It Matter’ has an emotional and nostalgic feel to it, sampling the melody from Alice Deejay‘s 90s hit ‘Better Off Alone’. It reveals Janieck’s style blending acoustic pop and dance music. His incredible lyricism easily paints a picture of the growing pains of relationships. From Janieck,

“This song isn’t about falling in love, but the coming of age aspect of a relationship. Going from kids who fell in love to partners in the adulthood. Going through the good and bad times, ups and downs. This guy is walking a tightrope and it’s a matter of time to find out which direction he will fall. Good decisions come from experience but experience comes from bad decisions.”

From the press release, “2016 was a special year for Janieck in many aspects. He performed for over 90,000 people at the Coca Cola festival in Rome, saw himself get nominated for a 100% NL Music Award and won several awards for  ‘Reality’ and ‘Feel The Love’, including the renowned Buma Awards in Holland.” His single ‘Little Hollywood’ released earlier this year and has seen over 35 million streams on Spotify.

Check EDMTunes in the near future for an exclusive interview with Janieck, listen to ‘Does It Matter’ on Soundcloud or see the music video below!