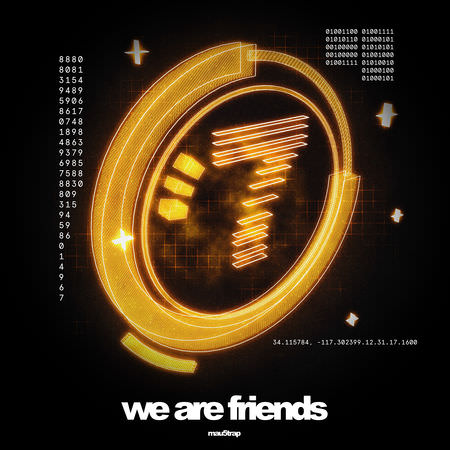 Mau5trap is the promised land for almost any progressive or techno producer hoping to get signed. With the label headed by none other than Deadmau5 himself, the Mau5trap family releases nothing less than the most well-crafted tunes. Started in 2007, the label is home to many influential and popular albums and singles. Skrillex released his Scary Monsters and Nice Sprites EP on Mau5trap. MOGUAI and Noisia have a large collection of singles, EPs, and LPS. And Rezz recently released Mass Manipulation under the watchful eye of the Mau5. But the We Are Friends releases hold some of the most interesting and diverse songs on the label. Beginning in 2012 Mau5trap has put together these compilation albums, with the most recent one dropping December 8th. We Are Friends Vol. 7 brings together some Mau5trap favorites and some new artists you might just fall in love with.

Grabbitz has a new edit of ‘Let Go,’ his collaboration with Deadmau5. Along with the Bently Dean remix of ‘KT,’ these two tracks stand out as the only remixes on the album. Familiar names Matt Lange and MOGUAI appear alongside many relatively unknown artists. Monstergetdown and Rhett both have an individual track and a collaboration with each other called ‘Sanctuary.’But the newer artists are really the ones to keep an eye on in this compilation.

Relatively unknown artist i_o delivers a hard-hitting tech track called ‘Warning.’ Rinzen, who recently released her Forbidden City EP on Mau5trap returns with a track called (wait for it) ‘The Return.’ And recently signed artist Heyz follows up his debut ‘Quietly‘ with the impressive, progressive ‘Only Now.’

Give We Are Friends Vol. 7  a listen in the link provided below. Let us know which tracks get you up out of your seat and dancing!