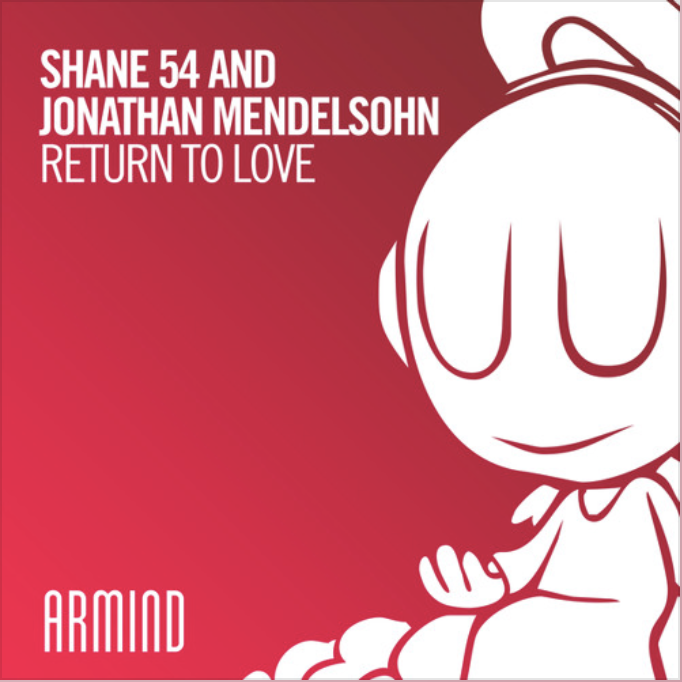 Shane54 and Jonathan Mendelsohn are two big names in the trance scene. And they’ve teamed up on the brand new track ‘Return To Love.’ After a long running project with Myon, Elod Csaszar, a.k.a. Shane 54, has taken off as a solo artist. And teaming up with vocalist Jonathan Mendelsohn is never a bad move! Mendelsohn has provided the vocals for several trance superstars including Dash Berlin and Andrew Rayel. With such a strong creative team behind the song, it is no wonder that the track was picked up by Armind, the elite branch of Armada Music. Both artists have had songs released on Armind before, but never working together. But things get even better! The release includes the original track and two remixes, one by Cubicolor and one by Medii x BEAUZ.

Myon and Shane54 fans will recognize the familiar energy of ‘Return To Love.’ In classic trance fashion the energy builds to a flawless beautiful breakdown. Soothing piano chords underscore Mendelsohn’s epic vocals, hoping that “all this time has not been wasted.” The drop brings in a high synth line perfect for an open air arena. The track stretches out to encompass the listener in an auditory embrace. Expect to hear this in a set by your favorite Armada DJs!

The two remixes of ‘Return To Love’ are no less impressive than the original. The Cubicolor remix takes the track and gives it a big room twist. The drop hits much harder and the airy synths are replace by a more chunky, in your face melody. Perhaps more interested is the Media x BEAUZ remix. Reminiscent of early Seven Lions remixes of Anjunabeats tracks, the third song in the release combines several musical styles to create a cross-genre masterpiece.

Which of the three versions of ‘Return to Love’ is the best? You can listen to the original track below as well as both official remixes and decide for yourself!