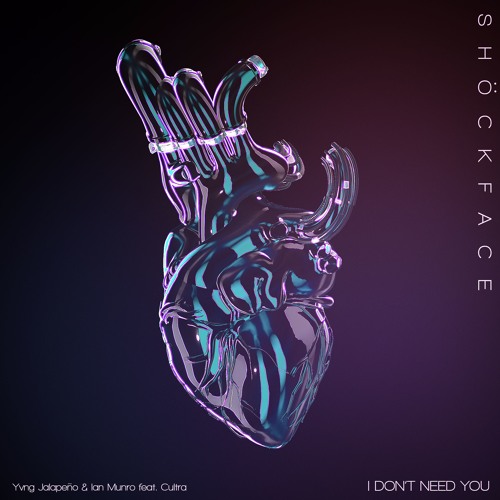 Darkness falls over LA this December, as Shöckface returns with a vengeance with a new remix to get you lost in the feels.

Harnessing the power of the original track by Yvng Jalapeno, Ian Munro, and Cultra, the eerie nature of the instrumental explodes into a trap drop “shocks” the eardrums. The staggering and loud/quiet dynamic magnifies the effects, adding to the melancholy aura of the track.

Shöckface’s ethereal darkness is the product of building an eerie brand since the beginning of the year. Utilizing intricate sampling and darker effects to create an aura of a lost lover wandering the LA streets heartbroken. The City of Angels feels like quite the opposite from listening to his trap/emo/punk aesthetic, which has resulted in a loyal, ever-growing fan base for the young artist. Like Marshmello, the identity of the producer is unknown. Rather, he wants to be known for his music first and foremost, instead of trying to fit a package of someone else’s choosing. Through staying true to his ultimate vision and continuing to produce a trap sound, 2018 is shaping up to be the year of Shöckface.

Make sure to give him a follow across social media. For a listen of the track, see below. Most importantly, smash that follow button on EDMTunes for the latest and greatest in dance music.