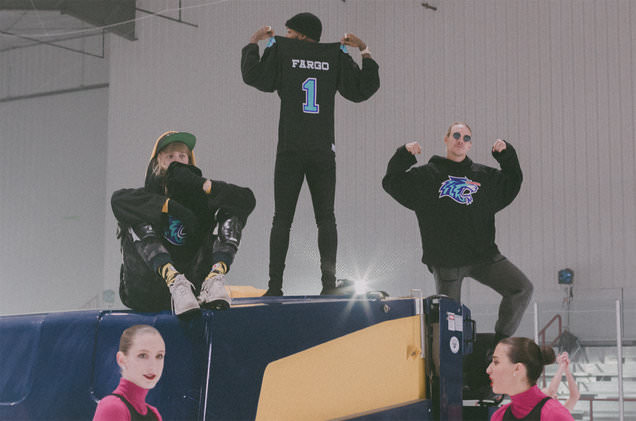 A week ago, Cashmere Cat and Diplo coyly posted the same picture of them hanging out on an ice rink together on Instagram and lit the entire dance music world up with mutterings of an upcoming collaboration. Well, the collaboration is here now and it’s a smooth new track entitled ‘Miss You‘, featuring frequent Cashmere Cat collaborator R&B artist Tory Lanez on vocals.

The laid-back track is full of the signature catchy melodies and summery percussion both Cashmere Cat and Major Lazer are well-known for. Tory Lanez, smooth vocals perfectly accompany the danceable and bouncy production.

Cashmere Cat and Major Lazer struck a delicate balance with this track, ensuring they brought out each other’s best instead of muddying up the song with too many elements. Their styles clearly work well together.

A Norwegian wunderkind, Cashmere Cat’s stock has been steadily rising in the past couple of years after even more years of hard work, which culminated in the release of his debut album 9 last year, featuring numerous popular artists such as Selena Gomez, Camila Cabello, Kehlani, Ariana Grande, Jhene Aiko, etc. He is not slowing down in 2018 as he is starting it off with a major national tour alongside MØ. It’s not a stretch to say he’s becoming one of the go-to producers for the stars, alongside Major Lazer. This collaboration from these two powerhouse artists couldn’t have come at a better time, as it’s sure to be one of the first major hits of 2018. We expect to hear this track all over the airwaves in no time.

Staying true to the airy theme ‘Miss You’, Cashmere Cat and Major Lazer released a dreamy lyric video to accompany the track. Watch it below!