Joel Zimmerman aka Deadmau5 started 2018 hinting at a potential orchestral project. As fans might know he teased an orchestral remix to Strobe, however, Zimmerman said it has nothing to do with the remix. Deadmau5 is known for his flamboyant comments and snide remarks on social media outlets, not only his own opinions but also known to attack other EDM artists for their music and productions. 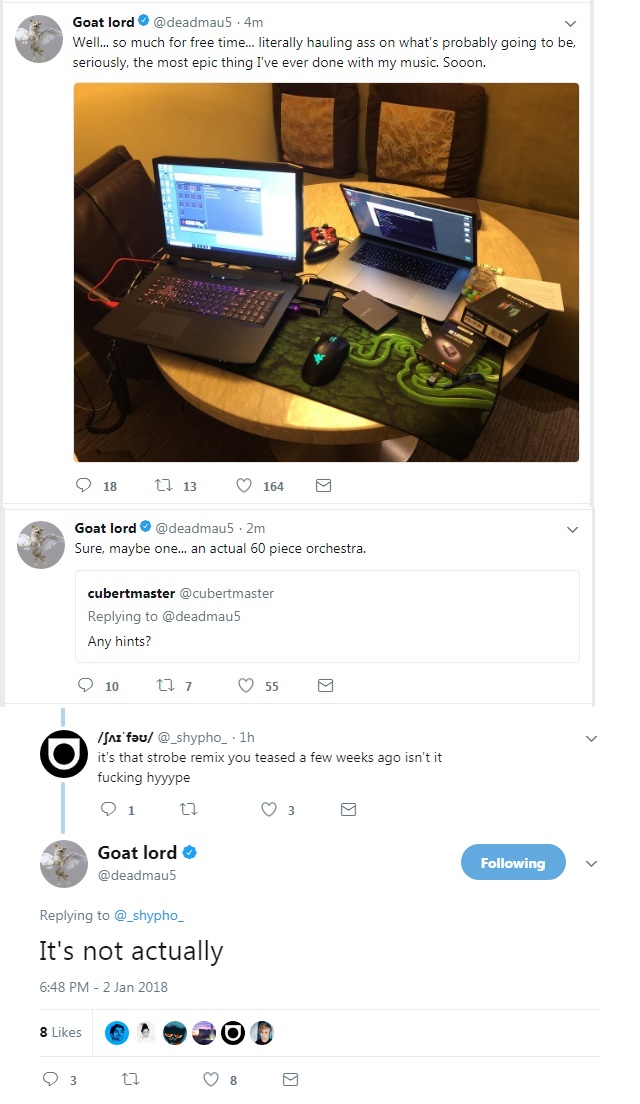 It is such riveting news, that only 10 people have posted or commented on reddit in relation to this news. It would be fitting for Deadmau5 would add a new an exciting edition to his plethora of music styles and attempts at other compositions. Fans can revel and live in the experience of what could soon happen in 2018. Listen to the teaser below.