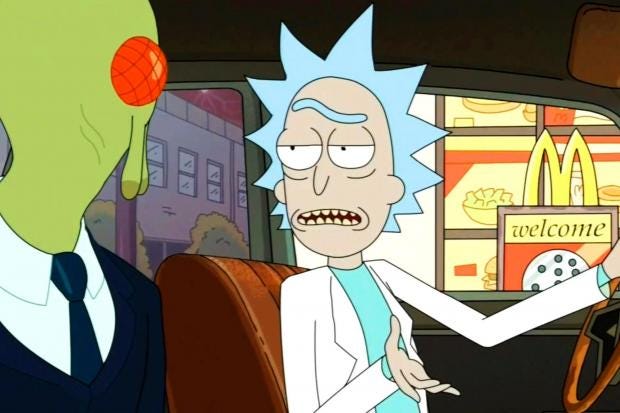 Do you remember reading the news back in August 2017 about an anonymous ‘Rick and Morty‘ fan spending a TON of money on one 64oz bottle of McDonald’s Szechuan Sauce?

Yup, it was deadmau5 who purchased a rare of bottle of McDonald’s special sauce. In fact, the producer nearly derailed his wedding to get his hands on a big jug of the limited-edition condiment. Not only that, but at a show at Rebel in Toronto, the producer told the audience that they were getting a “nugget party” and passed out some Szechuan Sauce.

Well, after the insane limited release of McDonald’s Szechuan Sauce last year, the fast-food giant has announced it will be bringing the much-hyped condiment back again.

The sauce made famous by Adult Swim’s ‘Rick and Morty‘ made fans go wild back in October 2017. Reports and social media posts emerged that fans of the show had allegedly protested outside McDonald’s locations and abused staff after the ultra-limited sauce had sold out.

Now McDonald’s aims to roll out a much larger release. In a post on its official website, suitably named ‘wewantthesauce‘, McDonald’s confirmed that “Szechuan Sauce is coming back, and in a big way”, adding that more details will be announced on February 22nd.

McDonald’s employees have already started tweeting out photos and videos of the Szechuan sauce’s return.

GUYS. THIS IS FROM MY FRIEND’S MCDONALDS. SZECHUAN SAUCE DATE IS CONFIRMED. RT THIS AND SPREAD THE WORD #mcdonalds #szechuansauce #RickandMorty pic.twitter.com/wOkdkkqZMp

Still unknown, is the state of a “Rick & Morty” fourth season. While we’re dreaming of things, maybe they’ll release that news February 22nd as well.