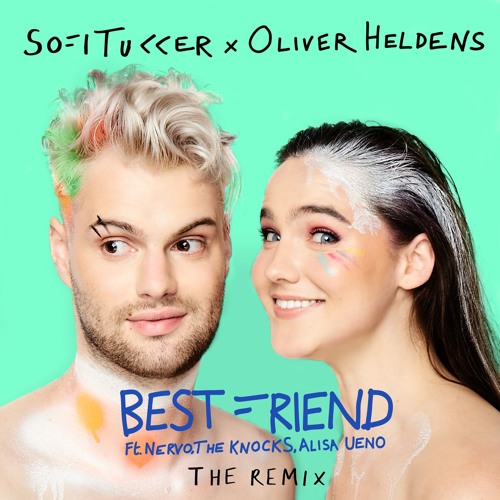 The original track is catchy single that already boasts a deep strumming bassline, which lends itself perfectly to a complementary bumping house remix by Heldens. The original vibe of the track remains intact, yet whereas the original is great to bop your head along to, Heldens’ remix will

‘Best Friend’ blew up after being used in Apple’s official unveiling of the iPhone back in September. Since then, the song has been remixed by many others, including another more classically house remix by Amine Edge & DANCE.

Yet Heldens couldn’t let the opportunity pass by without a chance to put his own spin on the track. Heldens apparently reached out to the New York-based duo on Twitter asking if they were accepting any more remixes, and they were elated to have the master of future house put his own touches on the track.

Sofi Tukker recently finished touring with electronic music darlings ODESZA and will embark on their own international tour. You can find dates here. Oliver Heldens will make an upcoming appearance at Insomniac’s Beyond Wonderland. Stream the remix below and follow the link to download!