At first glance, the S9 has a body very similar in style and design as the S8 but that doesn’t mean that there won’t be any updates and changes. One change on the exterior is that the fingerprint scanner is now easily more accessible as it is now located right under the camera as opposed to the right of the camera as with the S8. Unfortunately, that means that you’ll have to look into purchasing new cases and not being able to reuse older S8 model cases. An improvement to the speakers has been made as well, with them now producing stereo sound and up to 40% louder than before.

The biggest highlight of the device comes in the form of the S9’s new and upgraded camera. The new camera is Samsung’s first with a mechanically adjustable aperture which can switch between a very bright f/1.5 to a smaller f/2.4 depending on exposure conditions. Meaning it allows more light and reduces overexposure in bright sunny days. The camera app is also able to switch between the apertures as necessary, or you can manually control them using the pro mode in the app.

The second rear camera on the S9 Plus has an f/2.4 lens that gets you two times closer to your subject than the wide-angle camera and allows for portrait-mode blurring effects known as Live Focus. Both models will consist of an 8-megapixel f/1.7 autofocus front camera as the S8 models did.

Finally, we have what is known to be Samsung’s take on the iPhone X’s Animoji known as the AR Emoji. With a capture of an image of your face and the use of over 100 points, it builds a custom 3D character with your features. You are able to customize the look of your character and use up to 18 animated GIF “stickers” that are accessible on the keyboard for use in messaging apps.

While there are no animals and tracking may not be precise as the iPhone X’s Animoji, Samsung’s new feature does make a great attempt at a 3D Bitmoji Character. 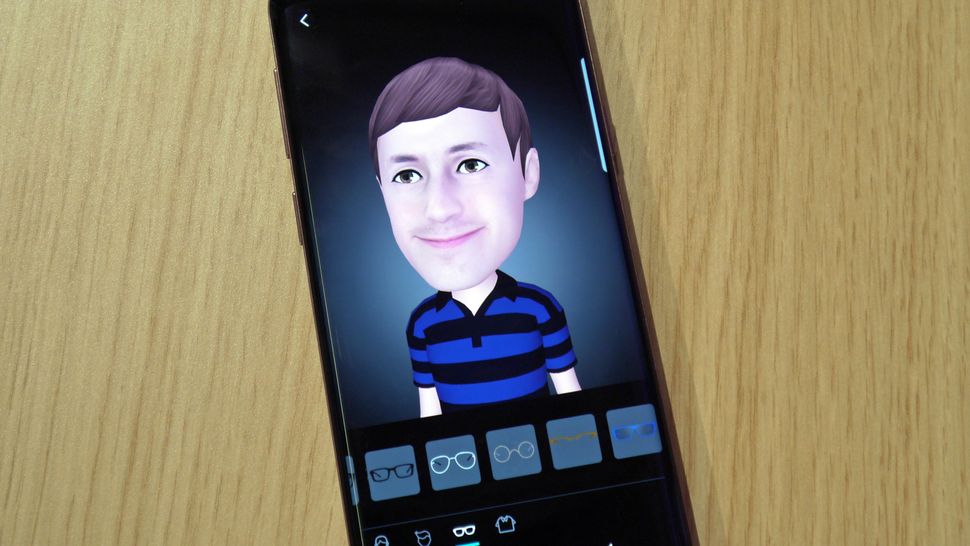